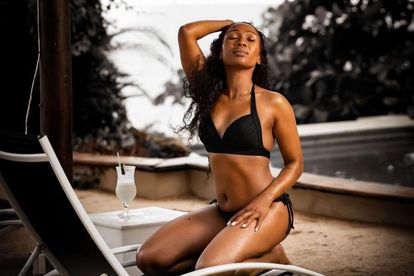 Radio personality Dineo Ranaka confirmed that she is single after her public outburst with ex-boyfriend Sechaba Thole, via a tweet on 28 December.

Dineo Ranaka confirmed that she is single, by choice, in a tweet on 28 December. This was in response to a Tweep who hinted that she was bossy and said she would be “forever single.”

Dineo said she was humble to men, who knew how to be men in her response. She added that she was single by choice not by emotional slavery and asked the Tweep to check their emotional intelligence.

“No honey! I’m humble to men who know how to be men! I’m single by choice not by emotional slavery. Check your EQ if it’s still surviving there,” she tweeted.

THE SECHABA DRAMA AND DIVORCE

Dineo revealing she is single comes after a video of her angry rant with ex-boyfriend Sechaba Thole went viral on Twitter. Take a look…

The Metro FM radio host also revealed that she is divorced after reports surfaced of her secret wedding in January 2021. Dineo was married to the father of her child Klaas Pesha. She also shocked Mzansi with the news of her pregnancy and newborn baby in July 2021.

“F****** getting excited that I got a small little crush on you. I was going through a divorce. I divorced him in less than a year. You come in to my life, three months and you think I’m waiting for your f****** calls? F*** you! I got rid of a n**** in marriage in less than a year because I know what the f*** I want and what I stand for,” she said.