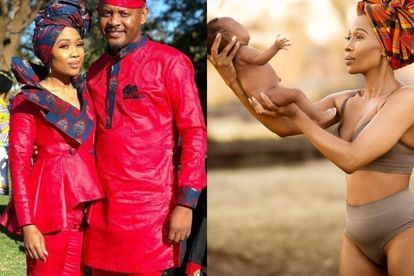 The radio personality also revealed that she is divorced which left Tweeps confused. Here’s what we know.

DINEO RANAKA REVEALS THAT SHE IS DIVORCED

Dineo has been full of surprises this year. She shocked Mzansi when she revealed she was married to a man named Klaas Pesha 10 months ago. Dineo surprised Mzansi again when she announced the arrival of her third child in July.

“And unto me a child was born. Welcome to the family little one ????,” the post was captioned.

According to Zalebs, Pesha is the father of the Metro FM radio host’s third child. Dineo has been trending on Twitter since Tuesday 21 December after a video of her angry rant went viral. As she lashed out at her ex-boyfriend Sechaba Thole, she revealed that she is divorced.

Zalebs reports that Dineo and Pesha went their separate ways because he allegedly cheated on her while she was pregnant.

RANAKA TO SECHABA: ‘I USED YOU TO HEAL’

Dineo admitted to “using” Sechaba in the viral video. She explained that she was going through a divorce and used him as a rebound, to heal.

ALSO READ: Tamia so much more than Mrs Mpisane with own net worth of R4.3 million!