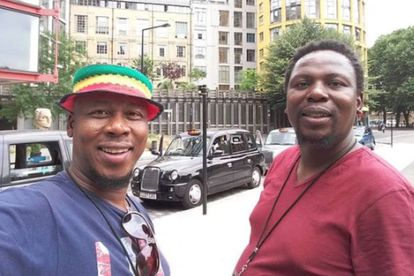 Playwright Mncedisi Shabangu’s industry friend and DiepCity actor Hamilton Dlamini reveals in an interview with Daily Sun that his family informed him that the Rhythm City actor complained of stomach pains before he passed away on Sunday, 24 July.

The publication adds that the 53-year-old actor, theatre director and playwright died in his home in Mpumalanga.

MNCEDISI SHABANGU: CAUSE OF DEATH

The DiepCity actor Hamilton Dlamini, who was close friends with the late Rhythm City actor Mncedisi Shabangu adds that the Shabangus also said he vomited before passing away.

Dlamini also took to his Instagram account to pay tribute to the actor by sharing a picture of him and Shabangu in the play Woza Albert.

“Mncedisi Shabangu passed away yesternight… May his soul rest in eternal peace.”

A family member Mthokozisi Shabangu tells the publication that the actor had chest pains, not stomach pains as Dlamini said.

“No, he had chest pains, not stomach pains before he died.”

ALSO READ:Rest in Peace: ‘How to Ruin Christmas’ star Busi Lurayi dead at 36

HAMILTON DLAMINI: ‘HE WAS SUPPOSED TO START SHOOTING UZALO’

Dlamini also tells the People’s Paper that Shabangu was supposed to start shooting SABC 1’s soapie Uzalo on Monday, 25 July before he died.

The DiepCity actor says he’s heartbroken over the actor’s death as he’s lost a great friend, brother, and someone he learned from.

“Mncedisi was an actor, director, and writer, someone who is hard to find in this industry. I am very sad and heartbroken you know, he has a bright future ahead. He was supposed to start shooting Uzalo on Monday and also we were supposed to have a European Tour of The Head and The Load by William Kentridge in November this year. He was going to play the first lead. I don’t know what to say but I’m very heartbroken. I’ve learned a lot from him. He always said that without formal education you can make it if you work hard.”