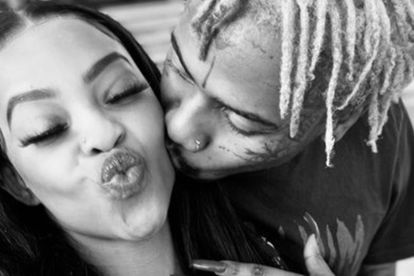 ‘We are dating’: Themba and Mphowabadimo confirm romance rumours. Image via Twitter @wukster2

‘We are dating’: Themba and Mphowabadimo confirm romance rumours. Image via Twitter @wukster2

The pair who met in the reality TV show sparked dating rumours when the show ended in April this year.

“Mphowabadimo and I have been good friends since the day we walked into the house and we are still going strong.”

“Yes, we are currently dating. But it took time to get our friendship to this point. She is a very beautiful soul, an intelligent and supportive person. I enjoy being around her because she builds me to be a better person, father, and a brand,” he says.

This is after his baby mama Nqobile Khuzwayo took to social media after seeing a video of them together and went live on social media and revealed.

“Guys, stop shipping me with Themba. He was happily in love with Mphowabadimo yesterday at the hotel and I am happy for them. I respect Themba with my life. It just broke my heart that yena uselala ema hotel no Mphowabadimo, going live and it’s lovely, even if we weren’t together I’m really shattered,” Nqobile wrote.

The winner of the 2022 reality TV show Mphowabadimo also dated Eastern Cape contestant Libo in the Big Brother Mzansi reality TV before getting cosy with Themba.

Fans of the show took to social media to drag Libo into her new relationship when she confirmed her new romance with Themba and said Libo and Themba are still friends.

“So you guys decide to trend Libo unprovoked just because you insert his name in your ship can you all leave our favourite alone and enjoy your ship without mentioning his name siyezwana.”

“Those dragging Libo’s name into T’s relationship better know that Themba & Libo are still friends even now…… they better focus on healing pains than spreading hate.”