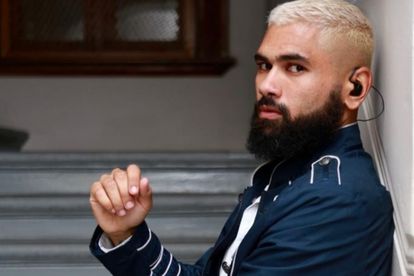 Craig Lucas has lashed out at Cape Town publication Daily Voice after it published the medical history of his underage nephew accused of killing his parents.

The singer – who won season two of The Voice SA – broke his social media silence following the death of his brother Warren and his wife Arlene.

According to the publication, the couple were allegedly murdered by their son earlier this month.

The minor – whom the publication described as having a history with mental illness – has been sent for a psychiatric evaluation following the incident.

In two separate Facebook posts, Craig Lucas took aim at the Daily Voice for publishing details about his unnamed nephew.

This included allegations that the minor had a history with mental illnesses . The publication also alleged that the teen had attempted to hurt his parents on more than one occasion.

He wrote in an open letter: “A lot of the information in the article is false, and tarnishes my brother and Arlene’s name. You might as well have spat on their graves. You don’t realize the impact the disgusting things you do has on the people you write about”.

He continued: “You have caused my family immense pain, at a time when we are going through the most horrendous thing that could happen to any family.

“The boy suffers from mental illness and the lies [the reporter] published and public backlash the boy has received since, has further impacted his mental health and the family fears may lead to the boy hurting himself. As a result of the article the family has been accosted”.

Post Addressed to: Venicia America Valentine, writer at Daily Voice (please feel free to tag her) Most of the article…

Craig Lucas revealed that he would be filing a complaint against the publication with the Human Rights Commission.

He continued: “The article has greatly influenced public perception around the case and thus may unduly influence the minor’s trial.

Hey Everyone. As the first of many steps taken against Venecia America Valentine, I have lodged a complaint at the human…

Meanwhile, Craig Lucas’s mom has revealed that her son and daughter-in-law will be remembered in a “memorial drive” on Wednesday, 16 March.

In a statement, the family also appealed to public to “research mental health”.

It read: “We also request that the public research the various forms of mental illnesses people face today, as it is a serious matter, affecting so many and which has been frowned upon for decades. We must embrace those facing mental illnesses and educating ourselves on how best to help and support those affected by it”.

Craig Lucas has been vocal about his own mental health battles, including battling depression and suicidal thoughts.