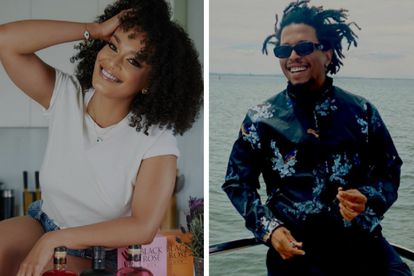 Pearl Thusi and Anatii are rumoured to be dating. Images via @pearlthusi, @anatii/Instagram

Pearl Thusi and Anatii are rumoured to be dating. Images via @pearlthusi, @anatii/Instagram

Mzansi might just have a new celebrity couple to stan, according to IOL. Actress Pearl Thusi and musician Anatii are rumoured to be an item following hints from their social media activities this past weekend, as well as a confirmation from a source.

The publication reports that the two media personalities are trying to keep their relationship away from the public but have been spotted together a few times.

This past weekend, both Pearl Thusi, 34 and Anatii, 29, were in the same location and even documented it on their social media.

On Friday 7 October, the Wena hitmaker shared a picture of his breathtaking beach view in Cape Town. The Queen Sono star also shared a snap of herself looking over the same view.

More hints come from the TV and radio presenter’s Twitter account, which is the album art of Anatii’s latest album Punisher, released as an NFT (Non-Fungible Token).

According to Zimoja, a source revealed that Pearl Thusi and Anatii are indeed in a relationship.

“They are not hiding their relationship, they do go out to restaurants, events and other places – they just avoid media but it’s just a matter of time before they go public or start posting. They want to make sure that the foundation is solid,” said the source.

Last month, the rumoured couple was spotted together at rapper Nomuzi “Moozlie” Mabena’s 30th birthday party where Pearl Thusi was the MC.

The source also revealed that the two celebrities “deeply care for each other” and the actress loves Anatii’s “calm and collected” personality.

Unlike the Iyeza hitmaker, who has kept all of his relationships private, the Fistful of Vengeance actress has had some of her romantic relationships in the public eye.

The mom-of-two has a daughter, Thandolwethu, with her ex-husband and former sportscaster Walter Mokoena. Pearl Thusi has also dated sportscaster Robert Marawa.