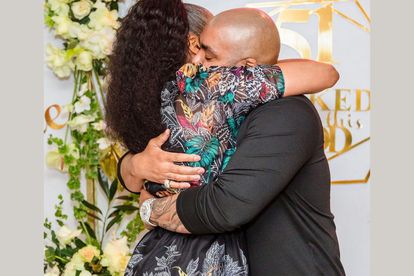 Veteran actress Connie Ferguson penned a heartfelt message to her late husband Shona Ferguson on Tuesday 19 October after he received an international award nomination for his role in Netflix’s Kings of Jo’Burg.

The series was also nominated in the Outstanding Drama in Series (Africa) category. The awards ceremony takes place on Sunday 24 October in Los Angeles, California.

Shona, affectionately known as “Uncle Sho” in the entertainment industry, passed away due to COVID-19-related complications on 30 July. The actor was 47 years old at the time.

The Kings of Jo’Burg star, along with Connie Ferguson, established their own TV production company, Ferguson Films, which serves as the production house to popular soapies Rockville and The Queen.

Connie, who stars as Harriet Khoza on The Queen, took to Instagram to congratulate her late husband.

The actress said that Shona always makes her proud, beyond the grave. She gushed over his acting skills saying that he was her favourite actor to work with.

“My dear husband, I always told you that you were my favorite actor to work with, and probably one of the most underrated in this country! Your talent was beyond! How you committed to each character you portrayed always left me in awe!????,” she wrote.

Connie also thanked everyone who worked on the show expressing that she is so proud of them.

“@samaddavis thank you for being a brother, a friend and a valuable partner!????????❤️ Win or loose, we did it! Let’s continue cooking with grease and making magic!,” she added.