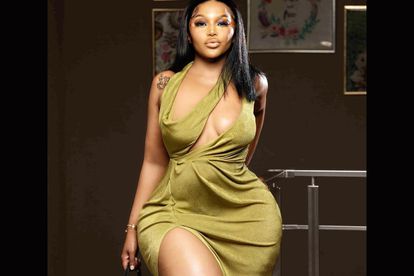 Tebogo Thobejane says ‘slay queens’ do not get doors opened for them. Image via Instagram @tebogocthobejane.

Tebogo Thobejane says ‘slay queens’ do not get doors opened for them. Image via Instagram @tebogocthobejane.

Actress and podcast host Tebogo Thobejane opened up about her podcast City Girls and how “slay queens” don’t get doors opened for them.

TEBOGO TOBEJANE ON BEING A ‘SLAY QUEEN’

Tebogo Tobejane previously referred to herself as a slay queen, but not in the way you think. Slay queens are thought of as women who use their bodies in exchange for luxurious lifestyles but for Tebogo she said she uses her body to sell products, brands and a lifestyle.

“Not all slay queens are h**s or online prostitutes as people say. I won’t say those kinds don’t exist but not all of us fall in that category. Yes, we use our bodies but not to exchange sex for luxurious lifestyles, I use my body to sell products, brands and a lifestyle,” she previously said according to Tshisa LIVE.

Since then the actress has said that slay queens do not have doors opened for them. If they did she would have a reality show by now. She also went on to say that she was hoping to attract sponsorships for her podcast City Girls.

“I’m constantly pushing. People think girls like me, doors are always open for them. I think by now I should have a reality show, which I don’t. We try to represent girls who work and are pushing for business. Hopefully one day I’ll get a call from a radio or TV station,” she said according to Tshisa LIVE.

City Girls is a podcast hosted by Tebogo but produced by MacG – host of the controversial Podcast And Chill. Tebogo says MacG saw something in her and he is very supportive of her podcast which is hopes to take to television.

“My numbers are getting ridiculous. I guess he [MacG] saw something in me and he’s very supportive in letting me talk about the topics I want to talk about. It’s educational, it’s about teaching women self-confidence and talking about different jobs – it’s just for us to have open conversations so things don’t have to be taboo with people ending up taking their own lives or feeling stuck in not being themselves,” she continued.

She went on to say that being a judgmental person is not the best. So, her podcast offers a judge free environment when it comes to conversations.

“What I want to get to at the end of every conversation is that we shouldn’t judge anyone, we should let people do what they have to do to survive but also do it from a well-informed perspective,” she added.