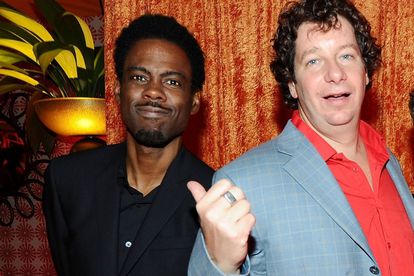 When it comes to content for comedians, almost nothing is off limits. Which is why a number of stand-up stars are defending Chris Rock after his “joke” about Jada Pinkett Smith.

Whilst the “GI Jane” quip went down in flames, and landed him a slap in the face in the process, Chris Rock has been praised for his reaction.

Meanwhile, Will Smith, who delivered the five-finger blow, has been ridiculed for his “inability” to take a joke.

In an Instagram post, Jeff Ross shared his thoughts on the incident. He shared: “I worship Chris Rock. I cried when I saw Smith attack him because I was watching my idol live out a comedian’s worst nightmare on live television.

“Rock should get a Nobel Peace Prize for keeping his hands down and not escalating the situation. Class Act. If Jada wasn’t feeling the jokes, Smith should’ve put his arm around her and let Rock finish.”

“Anyway I also have alopecia. It sucks. But when people make jokes I laugh because that’s life.”

Kathy Griffin – who was once slammed for her controversial quips about Donald Trump – took to Twitter to react.

She posted of Chris Rock being slapped: “Let me tell you something, it’s a very bad practice to walk up on stage and physically assault a comedian.

“Now we all have to worry about who wants to be the next Will Smith in comedy clubs and theaters”.

Howard Stern also hit out at Will Smith, telling The Hollywood Reporter: “What you saw on TV was a guy with real issues. That’s crazy, that’s crazy when you can’t contain yourself”.

However Tiffany Haddish defended the actor. She told People magazine: “When I saw a black man stand up for his wife. That meant the world to me. And maybe the world might not like how it went down, but for me, it was the most beautiful thing I’ve ever seen”.