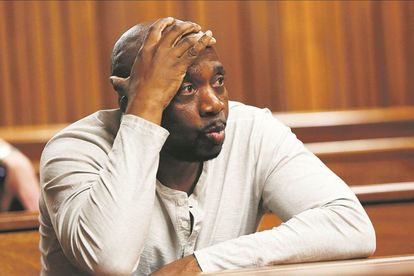 Chicco Twala says his son Longwe has been in rehab for the past five months. Image via Twitter @macgunleashed.

Chicco Twala says his son Longwe has been in rehab for the past five months. Image via Twitter @macgunleashed.

Music producer Chicco Twala says his son Longwe has been in a rehabilitation centre for the past five months because of his drug use.

Sunday World reports that Chicco Twala revealed that his son Longwe Twala has been in a rehabilitation centre for the past five months because of his drug use. He went on to say that the allegations that Longwe was the one to pull the trigger on former Bafana Bafana captain Senzo Meyiwa in October 2014 had affected him.

Senzo was said to have been killed in an armed robbery at the home of his then-girlfriend Kelly Khumalo’s mom, Ntombi in Vosloorus. Longwe was at Ntombi’s home at the time because he was dating Kelly’s sister Zandie. Chicco was one of Kelly’s first three calls after Senzo was shot which raised eyebrows.

“The Senzo Meyiwa issue has affected my reputation, and also created a lot of faceless enemies for me and my family,” he said to the publication.

“The police did question me regarding Meyiwa’s death, but the questions were associated with my licensed firearm, which they took for ballistic testing. He [Longwe] is my son. We do talk occasionally. He is presently at a rehab centre in Pretoria,” he continued.

This comes after he was arrested for allegedly assaulting a City Power technician and pointing a gun at him on Sunday evening 1 May.

THE MUSIC PRODUCER WEIGHS IN ON ADVOCATE TEFFO

Advocate Malesela Teffo, who represented four of the five accused at the trial was arrested in the courtroom. The advocate was arrested for allegedly failing to show up in court for another case. Teffo claimed that the people who killed Senzo slept at Chicco’s house that night.

Chicco has some strong opinions on Teffo, take a look…

“I want to tell him [Teffo] that he will never be an intellectual like advocate [Tembeka] Ngcukaitobi. Him using stupid gimmicks to gain popularity won’t take him anywhere. The man sent me more than six [of the] stupidest text messages I have ever seen from a lawyer. At first I thought he was a fake until I saw him in court representing the alleged Senzo Meyiwa killers,” he said to the publication.

Chicco also revealed that his relationship with Kelly became strained over the years.

“God is my support system. I still live the normal life that I lived before Meyiwa died. I pray that God helps our justice system find the people who killed Senzo,” he continued.

ALSO READ: ‘She was traumatised’: Chicco Twala on Kelly’s call after Senzo’s murder