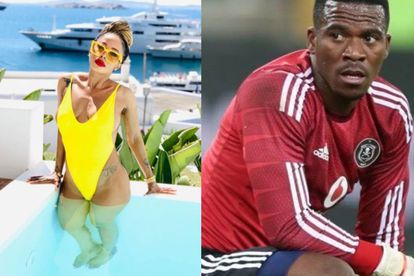 Senzo Meyiwa is believed to have been shot during an armed robbery at his then-girlfriend Kelly Khumalo’s mom’s home in Vosloorus on 26 October 2014. His friend Tumelo Madlala was one of the people in the house the night Senzo was killed. Madlala was the state witness in court on Wednesday 14 September.

So, who else was in the house the night Senzo was killed?

“I heard him asking Kelly if she does not want to go on a holiday overseas,” he told the court.

Twitter thought that it was questionable that Twala offered Kelly a holiday after Snezo’s death. Many think that it was a cover up for his son Longwe. Take a look…

“Chicco came to Mulbarton and offered Kelly a holiday, that alone raises a lot of questions,” wrote @Makhosazana_B.

“Longwe is the one who pulled the trigger and they’re protecting him. Why would Chicco Twala be called first then later offer Kelly Khumalo a holiday? Tumelo sing louder like a bird. I’ve always believed in Senzo’s bro,” wrote @MaabuleM.

“We’ve all known that it was Longwe Twala who did it, in the presence of Kelly and Zandi Khumalo, their mother etc. We just never had any proof or evidence but Tumelo’s revelation today of Chicco offering Kelly a holiday after the murder is motive enough,” wrote @Codename__X.