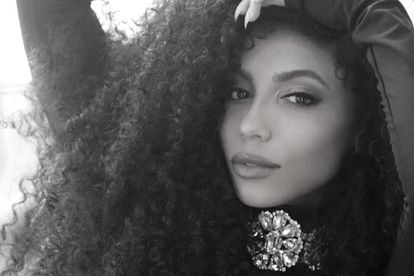 The former Miss USA was found dead on Sunday morning after leaping off the 29th floor of a New York high rise building.

Her family confirmed her passing in a statement, which said: “Our hearts are broken”.

But whilst Cheslie Kryst never showed any indication of suicidal thoughts, she did hint at being cyber-bulled in the lead up to her death.

CHESLIE KRYST OPENS UP ABOUT TROLLS

Writing for an essay for Allure magazine, Cheslie Kryst opened up about being body-shamed. This after she was compared to other beauty queens.

She wrote in the op-ed piece: “Pageant girls are supposed to be model-tall and slender, don bouffant hair, and have a killer walk. But my five-foot-six frame won with six-pack abs… and a head of natural curls in a time when generations of black women have been taught that being “too black” would cost them wins in the boardroom and on pageant stages.

“My challenge of the status quo certainly caught the attention of the trolls. I can’t tell you how many times I have deleted comments on my social media pages that had vomit emojis and insults telling me I wasn’t pretty enough to be Miss USA or that my muscular build was actually a ‘man body’”.

“Far too many of us allow ourselves to be measured by a standard that some sternly refuse to challenge. Others simply acquiesce to because fitting in and going with the flow is easier than rowing against the current. I fought this fight before and it’s the battle I’m currently fighting”.

She added: “When I was crowned Miss USA 2019 at 28 years old, I was the oldest woman in history to win the title. A designation even the sparkling $200,000 pearl-and-diamond Mikimoto crown could barely brighten for some diehard pageant fans who immediately began to petition for the age limit to be lowered”.

Unlike beauty pageant queens like Shudu Musida, Pia Wurtzbach and Kylie Verzosa, who have spoken openly about battling mental health issues, Cheslie Kryst did not.

In fact, the only time she ever publicly acknowledged her mental health was in comments to Inside Edition in 2019. This, shortly after she was crowned Miss USA.

She said: “I do a lot to make sure I maintain my mental health and the most important thing I did was talk to a counselor.”

Close friend Gayle King wrote in a piece for oprahdaily.com: “Cheslie Kryst’s death is a jarring reminder that you never really know what’s going on in people’s lives. In all the time we spent together, there wasn’t anything that made me think she could be in trouble or that she was struggling”.