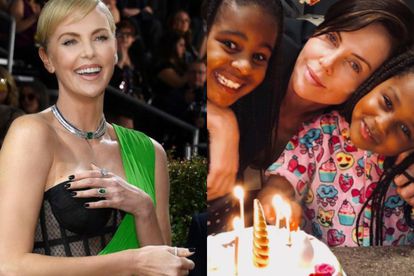 Charlize Theron was previously under fire for the parenting of her children. Images via Instagram @charlizeafrica.

Charlize Theron was previously under fire for the parenting of her children. Images via Instagram @charlizeafrica.

South African-born actress Charlize Theron has come under fire for her comments on Afrikaans being “unhelpful” on an episode of the SmartLess podcast on 14 November – but she has also previously been under fire for her parenting skills.

CHARLIZE THERON UNDER FIRE FOR COMMENTS ON AFRIKAANS

“I didn’t really speak English until I was 19, though. I found it easy to drop my South African accent, because I learned English from scratch,” she continued.

ALSO READ: ‘Praating the taal’: Times when Afrikaans was HELPFUL to Charlize

THE ACTRESS PREVIOUSLY UNDER FIRE FOR PARENTING

Charlize has two children – Jackson and August. She adopted Jackson from SA and August from the US. Jackson is transgender, born a boy. Back in 2017, Charlize was criticised for allowing Jackson to dress as a girl. She set tongues wagging when photos of Jackson dressed as Elsa from Disney’s Frozen surfaced.

Some praised the actress but others slammed her for “degrading” him. The Fate of the Furious star later revealed that she has been raising Jackson as a girl.

“They were born who they are and exactly where in the world both of them get to find themselves as they grow up, and who they want to be, is not for me to decide. My job as a parent is to celebrate them and to love them and to make sure that they have everything they need in order to be what they want to be,” she continued.