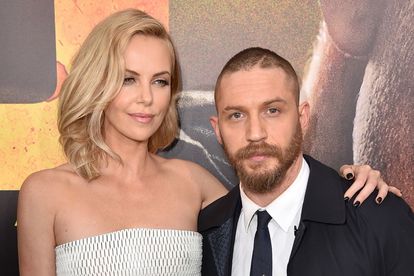 Released in 2015, Mad Max: Fury Road was one of the highest-grossing films of that year. The action film, starring South African-born actress Charlize Theron and British actor Tom Hardy, made almost $375 million (R5.7 billion) worldwide, according to Vanity Fair.

Although the film proved to be a success, it was not always smooth sailing behind the scenes. In his new book, Blood, Sweat & Chrome, director Kyle Buchanan sheds light on tense relationship between the two lead actors

In an excerpt published by Vanity Fair, Charlize Theron recalled her “horrible” relationship with Tom Hardy, mentioning that she did not feel safe.

Theron also reportedly called Hardy a “f**king c***” and “aggressive” after he left her waiting on set.

“We were either fighting or we were icing each other – I don’t know which one is worse – and they had to deal with it in the back. It was horrible! We should not have done that; we should have been better. I can own up to that,” added Theron.

While making Mad Max: Fury Road, the 46-year-old actress said she was “in survival mode” and was “scared sh*tless”.

One shoot day, Tom Hardy was late for set. When he finally arrived, almost two and a half hours later, Theron yelled at him saying: “Fine the f*cking c*nt a hundred thousand dollars for every minute that he’s held up this crew.”

“How disrespectful are you?” asked Theron.

The Oscar-winning actress added that because of her own fear, she and Hardy put up walls to protect themselves instead of saying: “F*ck, this is scary for you and it’s scary for me, too. Let’s be nice to each other.”

“It got to a place where it was kind of out of hand and there was a sense that maybe sending a woman producer down could maybe equalize some of it because I didn’t feel safe.”

Producer Denise Di Novi was sent to “smoothen the relationship” between Theron and Hardy. Although Di Novi would check on Theron from time to time, the actress said when she was on set, she still felt “pretty naked and alone”.

Addressing his rocky relationship with Charlize Theron, Tom Hardy said he was “way in over his head” in a few ways.

“The pressure on both of us was overwhelming at times. What she needed was a better, perhaps more experienced partner in me.

“That’s something that can’t be faked. I’d like to think that now that I’m older and uglier, I could rise to that occasion,” he added.