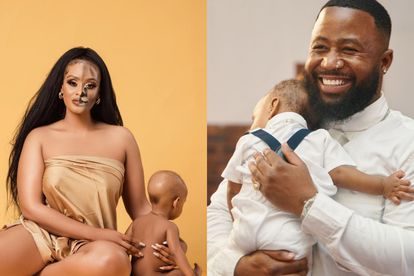 South African rapper Cassper Nyovest and influencer Thobeka Majozi’s son, Khotso, celebrated his first birthday with a mini Bentley which, at R26 000, costs almost as much as the R28 000 leather jacket  Jerusalema hitmaker Master KG spoilt himself with recently.

Thobeka Majozi went all out for her son’s first birthday while Cassper Nyovest could not be there as he was performing in Manchester, UK.

“Eish, its my son’s 1st birthday in an hour and I’m in another country making sacrifices for his future. I just hope you know I love you with all my heart dude. You literally forced me to be a better person. I promise to catch the next one. Love dad,” wrote Cassper Nyovest on Twitter.

However, he made up for it by getting the crowd in Manchester to sing “Happy birthday” for Khotso.

“Manchester sang Happy Birthday for my son last night. Couldn’t be there for his first birthday but Manchester made it special for me. I’m sure he will feel the love from all the way in South Africa. I love you buddy! You inspire me! I do this for you!!!,” he wrote on Instagram.

Thobeka Majozi celebrated her son’s first birthday with a lavish animal kingdom-themed party. The toddler was dressed in a tie-dye brown and white shirt with shorts, following in his dad’s “footsteps” with a pair of white sneakers.

His face was covered with an emoji in the shared pictures though.

Khotso got to join his dad in the Bentley Boys Club at the tender age of one…The toddler was gifted a mini Bentley that he could ride in to match his dad’s 30th birthday present to himself last year.

The mini Bentley retails for around an eyewatering R26 000!