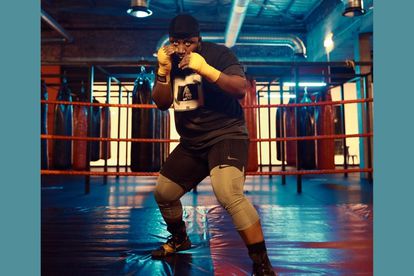 Cassper has called off his boxing match. Image via Twitter: @CassperNyovest

Cassper has called off his boxing match. Image via Twitter: @CassperNyovest

Cassper Nyovest just announced that his fight with YouTuber Slik Talk is officially cancelled. Taking to his Twitter page, the rapper announced the news while slamming Slik Talk for allegedly demanding more money. The comment section was filled with comments from disappointed locals.

If you predicted that local rapper Cassper Nyovest would find a way of cancelling another boxing match, then you guessed right. The Baby Girl rapper just announced that he and Slik Talk will no longer be facing off in the ring.

Taking to Twitter, Cassper wrote that the fight – which was supposed to happen mid-December – is off. According to his tweet, Slik Talk was making some outrageous demands. Among the things the YouTuber wanted were an extra R100k, security and sponsorship.

“The fight with Slik talk is off. I knew he would find excuses. Now he wants a guaranteed 200 k even if he takes a dive on the first round. He wants me to pay and hire security for him and sponsor rights. I was cool with the 100 k guaranteed and 3 rounds but I’m not dumb. Mxm.”

Cassper also dragged Slik for his clips which he says will never make him any real money:

“Niggas love to talk. When it comes to actually walking the talk, these niggas get technical. LOL. You’ll hear all the stories in world!

Well, keep shooting the videos, keep talking s**t. You’ll never make a cent from all that bitter hater talk anyway. This was your chance.”

Here’s what the fans think

“Mara Cassper O maka le wena, you keep changing terms to suit you. Suddenly he had to knock you out. You’re right when you say niggas like to talk until it’s time to walk. YOU Are Niggas!!”

“Waiting for Slik Talk to tell us the truth.”