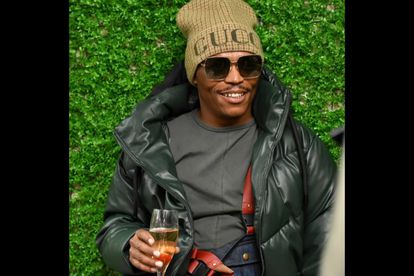 Tweeps feel that cancel culture is selective in the South African entertainment industry after under-fire media personality Somizi Mhlongo was listed as one of the guests to appear on The Braai Show with Cassper Nyovest announced via Twitter on Tuesday 7 September.

TWEEPS CALL FOR SOMIZI TO BE CANCELLED

Cancel culture is a modern form of ostracism where someone is kicked out of social or professional circles. Tweeps wanted Somizi Mhlongo to be cancelled following the abuse allegations made against him by his estranged husband Mohale Motaung.

“I took my keys and walked out, he took a knife. I was about to exit, so he said to me, ‘if you exit… I’m going to kill us both.’ So I took my keys and ran. He grabbed the knife and said ‘if you walk out, I’m going to stab you.’ Now I see a different person. I was sh*t scared and walked back into the house. He said ‘let’s talk.’ He cried and we moved on,” said Mohale according to Sunday World.

Somizi Mhlongo was gradually “cancelled” following the abuse allegations. It began with his radio gig on Metro FM in which he took “some time off” followed by more “time off”, from his judging role on Idols SA. Bathu sneakers also cut ties with the media personality.

While Metro FM and Idols SA politely gave Somizi the boot, entertainment commentator Phil Mphela announced that the media personality would be a guest on The Braai Show with Cassper Nyovest. This angered Tweeps as they feel that cancel culture is selective because Somizi is still being seen on screen after his 26-year-old husband said he has physically and psychologically abused by the media personality.

Tweeps have said they thought Somizi was cancelled and they are “tired” of seeing him.

While another Tweep pointed out that cancel culture is selective as it only applies to certain individuals in society.