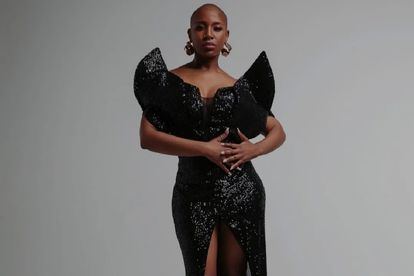 The late Busi Lurayi will appear in e.tv’s ‘Scandal!’ in September. Thuli Thabethe will take over her role thereafter. Image via @busi_lurayi/Instagram

The late Busi Lurayi will appear in e.tv’s ‘Scandal!’ in September. Thuli Thabethe will take over her role thereafter. Image via @busi_lurayi/Instagram

The drama series has announced that Lurayi, who passed away on 10 July at the age of 36, will make her debut on 2 September. Thereafter, her friend and fellow actress Thuli Thabethe will take over her role.

THE LATE BUSI LURAYI TO MAKE HER DEBUT IN ‘SCANDAL!’

According to SowetanLIVE, the late Busi Lurayi will play the character of Me’shell, a friend of Layla McKenzie (Natasha Sutherland).

“At Scandal! we were shocked and saddened by the untimely passing of Busisiwe Lurayi. Busi was midstream in the portrayal of Me’shell the cougar housewife who pays her fitness trainer CJ, for additional training on the side.

“She embraced the role, was doing an amazing job, and was extremely professional to work with. Her untimely passing left the story incomplete and we were keen to present her final work to audiences of Scandal! We are grateful to the Lurayi family for supporting our request,” said Sanele Zulu, Scandal! series producer.

Me’shell is described as the housewife of a very wealthy businessman and she ends up cheating on him with her personal trainer CJ — played by Thulani Hlatshwayo. However, their romance takes a nasty turn when they are caught by her bodyguard in a compromising position.

THULI THABETHE TO TAKE OVER FROM HER FRIEND

Scandal! also revealed that because Lurayi passed before she could complete shooting her storyline, her friend Thuli Thabethe will continue her role.

“It is also an honour to be an understudy to such a prolific, talented artist. Busi became the character, I always said, the rest of us would put in work and act but she would become the character,” Thabethe said.

“Stepping into the character of Me’shell who had been played by Busi, I know that I would have big shoes to fill. I am thankful for the opportunity from Scandal! and e.tv for entrusting in my ability to continue with the work she started. I am honoured and blessed.”

Zulu also thanked Thabethe for accepting Lurayi’s role with great compassion and for doing a great job with the remaining scenes.

“We are grateful to Thuli Thabethe for her support and together we were able to see the story through,” he said.

This will not be the first time that Thabethe takes over the reins from Lurayi. When Lurayi left Mandla N’s local comedy series City Ses’la as Phumzile, Thabethe took over the role in 2006. The award-winning actress is also best known for her roles in Isibaya and Lingashoni. She was also the host of Our Perfect Wedding season one.

The How To Ruin Christmas star’s passing came as a shock to many South Africans. On 24 July, Sunday World reported that there is speculation of “foul play” in the actress’ death.

This comes after an anonymous source claimed Busi’s body was found with visible bruises on her legs and blood coming out of her mouth. Busi’s father, Freddy Mokoena, found her dead body in the bedroom of her flat in Edenvale on Sunday 10 July.

The publication also reported that a police statement confirmed that Lurayi’s body was found with visible leg injuries and blood coming from her mouth.

ALSO READ: ‘Something is amiss’: Busi Lurayi’s body was found with injuries, blood