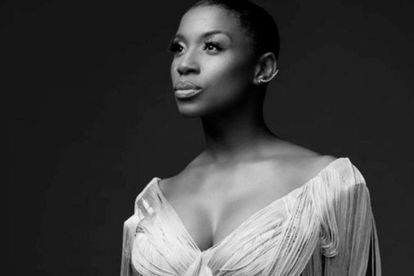 Busi Lurayi’s industry friends, family, and the cast of City Ses’La and How To Ruin Christmas gathered at at Redemption Church, Greenstone on Wednesday, 20 July to pay their last respects to the actress who died on Sunday, 10 July.

‘HER DEATH IS UNFAIR ON AYANA’

The actress Busi Lurayi’s friends and family said their goodbyes for the last time today and her father Freddie Mokoena revealed to TshisaLive that he found her lifeless on Sunday before paramedics pronounced her dead.

Mokoena also took to the podium today and said life sucked because he did not imagine his daughter dying before him.

“I’m weak but I’m not going to fall. The diva is not gone. The diva will forever be in my heart. The diva will forever be with Ayana. Gogo Lurayi, Gogo Mokoena, she is not gone, she is always with us. She will remain with us. I’ve always heard people say I want to be buried by my child. I never understood that until today. When I look at her I would’ve loved to go while she was with me, but God has decided his plan. We plan things and God plans the other way.”

The family of Busisiwe says she’s leaving behind her daughter Ayana, who everyone said the actress adored and loved more than life itself.

Lurayi was popularly known for her performances in City Ses’la, How To Ruin Christmas, and was nominated posthumously for the Best Actress award at this year’s 16th Annual SA Film and Television Awards days after her sudden death.

Her former co-star Warren Masemola from City Ses’La stood on the podium to share his memories of her.

“It’s really difficult to say goodbye to my friend, uBusisiwe Lurayi, which is how she demanded to be mentioned. It was in 2014 when I met Busi on the set of Ses’Topla. She had been on the show before when it was called City Ses’La and she ushered me onto the show with so much love. I had so much love from other colleagues before, especially female colleagues Brenda Ngxoli and Lesedi Job, but Busi’s was everything, it was natural.”

Her former cast member Rami Chuene and the rest of the cast from How To Ruin Christmas couldn’t hold back their tears when talking about her.

“We can’t comprehend it, we can’t internalise it, our hearts are broken. We all feel like we were Busi’s best friends because she made us all feel special.”