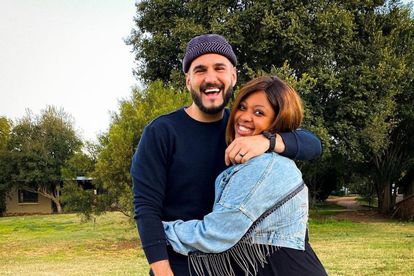 J Something and his wife Cordelia Godi. Image via Instagram @jsomethingmusic.

J Something and his wife Cordelia Godi. Image via Instagram @jsomethingmusic.

Taking to Twitter earlier this week, Mi Casa frontman J’Something expressed his love for his wife, Cordelia Godi, in a “poem” calling her a “breathtaking destination”.

“’Take me to Paris,’ she said. ’You are Paris,’ he replied. Just being with you, irrespective of where we may be in the world, YOU are a breathtaking destination,” wrote J’Something in a since deleted tweet.

Tweeps thought that J’Something displayed “broke boy energy” and called him “J’Nothing” because they believed his wife deserved to actually go to the romantic city of Paris.

After the trolling, retweets and “cyber bullying”. J’Something removed the original post. He thereafter explained that it was actually a poem for his wife, but he will take her to Paris.

Tweeps were happy that he folded on his previous post and decided to take his wife to Paris.

In a follow-up post, J’Something jokingly recorded a message to Tweeps saying he is done with them.

“Guys, I am done with all of you here on Twitter. Done, officially m**r. You guys are ruthless yoh hai,” he said in the video.

The Heavenly Sent hitmaker married Cordelia in 2015. The pair welcomed their first child together in 2017.

“It’s something I’ve never mentioned. I have a lightie. My first born child. I dedicated the book to my son because one day he’d be able to go and read ‘my dad dedicated something to me,” said J’Something about the launch of his book on on CliffCentral.

However, they prefer to keep their son out of the spotlight.