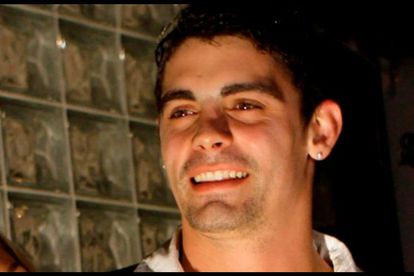 TMZ reports that police had to rush to Britney Spears and Sam Asghari’s wedding because her ex-husband Jason Alexander attempted to crash.

“I am personally working with the sheriff’s department to ensure Mr. Alexander is aggressively prosecuted to the fullest extent of the law,” said Britney’s attorney, Mathew Rosengart.

Jason was reportedly booked for trespassing, vandalism and two batteries related to physical altercations with the singer’s security.

So, who is Jason?

The “wedding crasher” is Britney’s childhood sweetheart and first husband. The pair tied the knot in the early hours of the morning on 3 Jan 2004 at the Little White Wedding Chapel in Las Vegas, Nevada. The pair were both 22 years old at the time.

2. THE PAIR WERE MARRIED FOR 55 HOURS

Britney and Jason’s marriage was annulled 55 hours later. Fox news reports that he claimed that this was forced by Britney’s mother Lynne.

The annulment read that Britney “lacked understanding of her actions, to the extent that she was incapable of agreeing to the marriage.”

He was arrested for Drinking Under the Influence (DUI) in Nashville, Tennessee in January. He was also booked on three misdemeanour charges which include,

4. JASON IS A DONALD TRUMP SUPPORTER

The “wedding crasher” is a fan of Donald Trump and he was spotted at the US Capitol riots on January 6 2021.

ALSO READ: ‘Who does that’: Britney Spears trolled for raunchy post after miscarriage