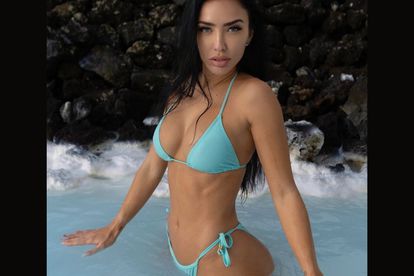 Nick Cannon announced that he is expecting his eighth child with Bre Tiesi. Image via Instagram @bre_tiesi.

Nick Cannon announced that he is expecting his eighth child with Bre Tiesi. Image via Instagram @bre_tiesi.

American television host Nick Cannon announced that he is expecting his eighth child with Bre Tiesi on 31 January, but who is she?

NICK CANNON IS EXPECTING HIS EIGHTH CHILD WITH BRE TIESI

Nick Cannon announced that he is expecting a baby boy with Bre Tiesi on an episode of his daytime talk show on 31 January. This will be Nick’s eight baby and fifth baby within two years.

“I want to share this beautiful, extraordinary moment. It’s me and Bre, the next mother of our child. It’s a boy, we found out officially yesterday” he said.

Nick explained that it was a difficult for him to announce the pregnancy because he lost his five-month-old son in December 2021. He shared Zen with model Alyssa Scott.

“This whole process is extremely difficult for me because I’ve known about Bre’s pregnancy for a while now, even before my youngest son, Zen, passed away in December,” he continued.

“And so even going through all that, this was always in the back of my mind like, ‘When is the right time? How do I share this?’ . . . it kept me up at night,” he added.

So, Bre is the mom of baby number eight but not much is known about her as yet. Here are five things we gathered about the mom-to-be.

Bre is a model and Instagram influencer. She has 497 000 followers and she has worked with brands like Ciroc.

The model married Johnny Manziel in 2018 but they got divorced a year later. The pair did not reveal why they called it quits but Johnny acknowledged Bre and thanked her for the support after the divorce.

3. SHE IS A REAL ESTATE AGENT

According to her Instagram biography, Bre is a real estate agent, investor and business consultant.

Bre appeared on multiple episodes of the show Nick hosts – Wildin’ Out.

5. BRE IS A TRAVEL ENTHUSIAST

The model is passionate about travelling. Her recent posts show that she visited Iceland.

ALSO READ: Too soon? Fans drag Nick Cannon after knocking up another woman