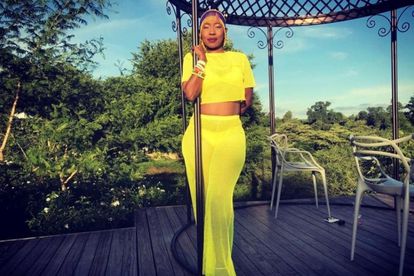 Controversial poet Ntsiki Mazwai topped the Twitter trends list many times this year. Here are six times she ranted on the micro-blogging platform.

The controversial poet recieved backlash on Twitter when she tweeted South African actress Thuso Mbedu is “overhyped” because she is in the US. She added that South African singer-songwriter Amanda Black gives her goosebumps but Thuso does not. This was in August.

Ntsiki slammed Julius Malema and the Economic Freedom Fighters (EFF) in October this year. She questioned whether the EFF has female leaders because all she saw was “tea girls” for Malema.

“Yes eff has women… But does it have female leaders????? All I see is teagirls for Malema,” she tweeted.

After singer Makhadzi was slammed for sporting the African National Congress (ANC) official colours, Ntsiki penned an open letter to her. Ntsiki told that politicians are using her.

“My advice to you is to guard your integrity and influence with your life, don’t allow your beautiful gift to be used to sanitize politicians, that’s not your role. The politicians must compete in service delivery and stop trying to ride your wave for relevance,” she wrote.

Bonang announced that she was parting ways with her management company. It was also reported that CSA Global allegedly negotiated directly with House of BNG and cut her out as a shareholder. Ntsiki’s old tweets then resurfaced in which she told Tweeps that Bonang does not own the wine brand.

The controversial poet weighed in on Boity Thulo and Bujy Bikwa’s altercation. She said that it was not Gender-Based Violence (GBV)  just “two drunkards” hurling insults.

Radio personalities Sizwe Dhlomo and Unathi Nkayi got into a heated argument at Kaya FM. This was believed to be linked to Idols SA judge’s dismissal. Unathi reportedly accused Sizwe of “verbally abusing” her. Sizwe later leaked audio clips which led many to believe that Unathi was the one who used profanity first. Ntsiki then tweeted that women who lie about GBV must be dealt with.