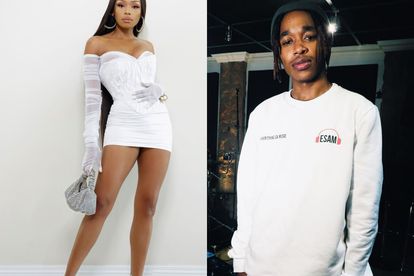 Media personality Bonang Matheba announced that she won her defamation of character case against YouTuber Rea Gopane on Friday 28 January but his clap back shows that he remains unbothered.

Bonang Matheba hinted that her defamation suit against Rea Gopane was still pending on 18 January. Now, the media personality announced that she won the case and Gopane has a R300 000 fine to pay over 30 years.

So, why did Bonang sue Gopane? Well, it is because Gopane said Bonang introduced her rumoured ex-boyfriend, AKA to drugs.

“It is with a great deal of humility that I acknowledge and welcome the vindicating and ground-breaking ruling…  on January 27,” read a statement.

“Following several false and defamatory attacks on my reputation by a certain Mr Gopane. Only after two written requests to desist which were ignored, I instituted an action for compensatory damages in the Johannesburg High Court,” the statement continued.

ALSO READ: Podcasts and lawsuits: Who is the YouTuber Bonang wants to sue?

REA GOPANE: ‘I DON’T HAVE TIME FOR DELUSIONAL WOMEN’

The YouTuber remains unbothered after Bonang announced her win. He tweeted that he didn’t have time for “delusional women”. So, he had to get back to work.

“I don’t have time for delusional women. Back to work,” he tweeted.

Bonang on the other hand is donating R300 000 to her foundation.

“It is not my intention to benefit financially from the ruling rather I wish to uplift those less fortunate than me and I will be donating the damages received to my philanthropic endeavour, the Bonang Matheba Foundation, which I established to advance the tertiary education of young women,” continued the statement.