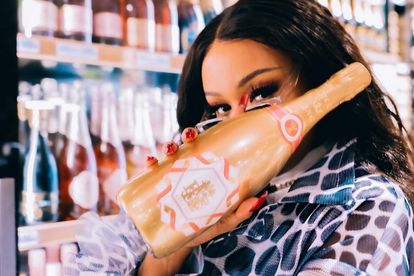 BONANG: ‘IT IS MY BRAND, MY HEART AND SOUL’

Bonang Matheba announced that she had terminated her contract with her management company in October 2021. She said that her legal battle over her sparkling wine brand House of BNG, is still ongoing.

She also went to say that will she explain what exactly happened. The media personality added that if it was not for the COVID-19 pandemic she would not have stopped to see what was happening. So, she is grateful for the lessons.

“There was and still is a huge legal battle around BNG that is still ongoing. I can’t say too much because the matter is sub judice. But BNG is here, doing well. It is my brand; my heart and soul and we are launching something major. There will come a time when I will explain what exactly happened to me and people need to learn from it. It’s a lesson I learned and it’s a mistake that anyone can make and because we trust people, we end up in complicated situations,” she said to Drum.

“Which is why I am so grateful for Covid-19. It made me stop and see people for who they are. Had there not been a pandemic, I would not have stopped to see what was happening, so I am grateful for the lessons. When I eventually say, people will be surprised,” she continued.

She also hinted at a new project coming soon.

“Every year, we like to bring a new flavour to the people who have supported us. The timing needed to be perfect because I do things with intention and choose the projects that I do carefully. I like to be associated with things that make sense. I am also announcing another project very soon,”

WHAT HAPPENED BETWEEN QUEEN B AND HER MANAGEMENT COMPANY?

Bonang announced that she was terminating her contract with her management team CSA Global via a live Twitter Spaces audio stream in October 2021. It was later revealed that this was because she was “muscled” out of House of BNG by her former management company.

CSA Global allegedly negotiated directly with House of BNG and cut the media personality out as a shareholder. However, CSA Global fired back at Bonang saying she is in breach of several contracts.

“For the record, @Bonang Ms Matheba is currently in breach of multiple contracts with various clients as she has been derelict to these brands and indeed her own for the past six months,” said CSA Global in a statement.

ALSO READ: ‘It was a Woolworths wine’: Ntsiki’s tweets about Bonang’s wine resurface