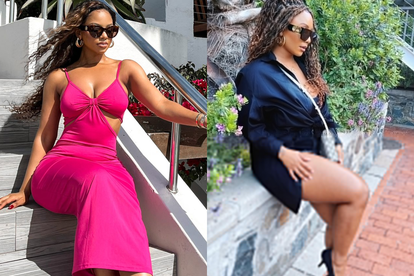 South Africans have been buzzing after watching how Boity reacted to Mihlali’s outrageous girlfriend allowance. According to the media personality, the R50 000 Mihlali received a month is ‘cute’. Many people soon started speculating how much money Boity has since she acted so calmly about the large amount.

For some women, a girlfriend allowance is a natural part of every relationship. While some men absolutely refuse to pay their girlfriends a monthly stipend just to be with them, other men apparently fork out up to R50 000 a month on the bizarre expense.

YouTube star and makeup maven Mihlali is one of those women who apparently gets spoiled with a girlfriend allowance.

The award-winning content producer recently shared a YouTube video of herself having a chat with Boity Thulo during which she revealed she once had a boyfriend who gave her R50k a month as a girlfriend allowance.

While many people were left in disbelief over the outrageous amount, others couldn’t believe how calmly Boity reacted. A lot of tweeps were left with their jaws on the floor while Boity simply said that the allowance was ‘cute.’

Netizens soon get to tweeting

Soon Boity was trending as people discussed how loaded her bank account must be since R50k means so little to her. Many ladies started wondering where they could get the kind of man that offers that amount as a monthly allowance:

“Boity is not moved at all, my girl is used to big money.”

“My new goal in life is to find the man that gave Mihlali 50K per month.”

“Mihlali said that 50k with confidence and Boity dismissed it like nothing.”

Of course, Mihlali is also used to living a pampered life and recently revealed that her grandmother owns multiple businesses and shares in KFC.

At only 24, Mihlali is also part of the Forbes ’30 under 30′ and has established a name for herself in the fashion and beauty industry both locally and internationally.