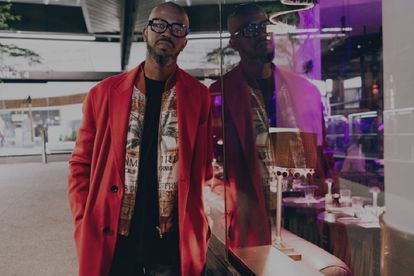 Black Coffee shared with his childhood friend, Shota Mdabe, how therapy helped him during his divorce from Enhle Mbali Mlotshwa. Image via @realblackcoffee/Instagram

Black Coffee shared with his childhood friend, Shota Mdabe, how therapy helped him during his divorce from Enhle Mbali Mlotshwa. Image via @realblackcoffee/Instagram

October is mental health awareness month and many celebrities are opening up about how they have had to deal with their mental health issues, including Grammy-award-winning DJ and producer Nkosinathi “Black Coffee” Maphumulo.

The world-renowned house musician has shared how he used therapy to heal during his highly-publicised divorce from actress Enhle Mbali Mlotshwa.

Black Coffee was sharing mental health advice with his long-term friend and singer Mnqobi “Shota” Mdabe on PS I Love You on 9 October.

The show, which airs on Saturdays on Mzansi Magic, is a four-part journey of Shota and his wife and TV presenter Phumeza Mdabe’s wedding special.

ALSO READ: ‘I can buy a new car with that timepiece’: Black Coffee rocks R2m watch

BLACK COFFEE ON GOING TO THERAPY

During Black Coffee and Enhle’s messy divorce in 2019, it was reported that the couple had split with allegations of infidelity and abuse at the core of their separation.

With this, the former couple often shot to the trends list on Twitter with Tweeps labelling the We Dance Again DJ an abuser and womaniser.

Speaking to Mdabe about how this affected him, he shared that he decided to go to therapy.

“When I was first going through my divorce stuff, the first therapist I saw, I told her, ‘I need you to help me get over the fact that I’m being told how horrible I am as a human being. I’m starting to believe it, I need you help me and, if I am terrible, tell me’ …

“So I did that … when I’m fine I changed my therapist. I went to another one and said to her; ‘help me take responsibility for all my actions’ … ” he added.

Black Coffee emphasised to Shota that the key to surviving fame is being deeply rooted in God and therapy.

ENHLE ON DEALING WITH HER DEPRESSION

Enhle and Black Coffee’s divorce came with a lot of scandals, including news that the producer had fathered children with other women while he was still married to the A Safe Bet star, whom he has two sons with.

Amoung other allegations were that of abuse levelled against Black Coffee.

In March 2021, Enhle applied for a protection order against her ex-husband. This came after she had accused him of abusing her at her birthday party in their matrimonial home.

The two ex-lovers have also taken to social media to take jabs at each other, including the time when the We Dance Again DJ went off at his ex-wife about paying R65 000 maintenance and giving her a car after their split.

Speaking to Dineo Ranaka and Sol Phenduka on the Kaya 959 Breakfast show on 18 August, the mom-of-two said she had to check herself into a mental institution a few years ago because she had become numb.

She further revealed that she felt she had gone beyond depression.

“At this point, I’m not remembering anything. I’m constantly numb. I don’t know how I feel. I don’t have an opinion. And that to me said something is wrong.

“I was crying every second I could possibly get. I was mourning a death and the death happened a long time ago.

“I was mourning all the work I had put in, the fight I had put in to make something work and it didn’t,” Enhle said.