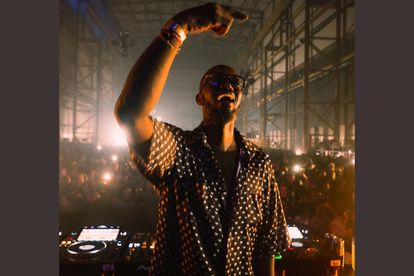 The official Mercedes-Benz Twitter page shared a video of several celebrities wishing Lewis Hamilton well. This was ahead of his epic Formula One title showdown against Max Verstappen on Sunday 12 December.

DJ Black Coffee was amongst Gabrielle Union, Justin Bieber, Hailey Bieber and many other celebrities to wish Hamilton all the best. Other familiar faces included Samuel L Jackson, sports figures such as Dan Carter and Antony Joshua as well as Vogue editor-in-chief Anna Wintour. Take a look…

“Black Coffee been a special guest of F1 👌🏼,” wrote @SteraClemond.

Verstrappen outraced Hamilton on the final lap of the final race on Sunday 12 December. Mercedes then protested the dramatic safety car procedure that allowed Verstappen to overtake Hamilton and secure the world championship. The appeal was dismissed by the stewards and Verstappen was crowned the champion.

A Tweep shared a snap of Black Coffee at the F1 finale in the comments section on Twitter.

The Your Eyes hitmaker was happy to hear that Mercedes protested the car procedure.

Tweeps were not welcoming to Black Coffee’s thoughts. Take a look…

“Can someone explain what happened in football terms,” wrote @Anele__ZA.

“Delete the paragraph you had prepared for Hamilton,” wrote @The_Real_Dealer.