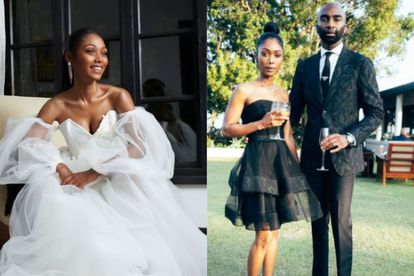 Late rapper Riky Rick’s “life partner” Bianca Naidoo, opened up about how she has been dealing with his death in an interview with SABC News on 24 February.

BIANCA ON BEING ‘OPEN’ WITH KIDS AFTER DEATH

Six months after Riky Rick reportedly took his own life, Bianca Naidoo has opened up about how the kids are dealing with his death. Bianca explained that she is not good everyday but her kids keep her strong.

“Some days are easier than others. I manage with such an amazing support structure around me, and the kids also give me a lot of strength. The days when I’m not okay, I allow myself to be not okay,” she said.

Bianca has two children, an eight-year-old son named Maik who she shared with the rapper and a daughter named Jordan from a previous relationship. She said that the Boss Zonke hitmaker was an amazing father to Jordan despite her not being his biological child.

“I was very open from the beginning, from day one, about what happened to dad, I talk a lot with children, I listen a lot. Now they are comfortable expressing themselves and they both process in their own way. They know that if they have questions, they can come and ask and talk about it, and I think they’re both there. It’s just a matter of me being honest,” she continued.

Sunday World reported that Bianca was not legally married to Riky Rick. So, she is fighting for his estate because he did not have a will.

THE RAPPER’S LAST WORDS TO ‘WIFE’

Although Riky Rick and Bianca were not legally married, many believed that they were. She revealed that the Sunday before he passed away they had a conversation about life and their kids which gave her peace.

She went on to say that his last words were “I’m going home and I love you”.

“I also spoke to Ricky early in the morning, I never thought or felt… because his last words in that conversation were, ‘I’m going home’ and ‘I love you,” she continued.

ALSO READ: ‘My family gives me purpose’: Where did Riky Rick meet his wife Bianca?