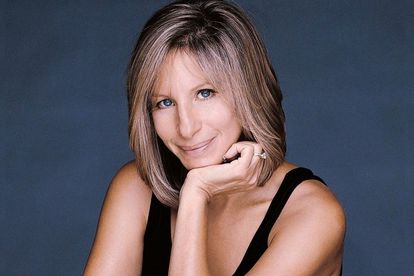 Barbra Streisand has spoken candidly about rumours she once had a fling with Prince Charles.

The Hollywood screen star spilled the tea following her infamous comment that:

“If I played my cards right, I could have wound up being the first Jewish princess!”.

The Prince of Wales recently admitted that he found Barbra Streisand “dazzling” as a young man.

Their heir to the British throne made the comments in June during a special recording titled ‘Music & Memories with HRH The Prince of Wales’ dedicated to UK healthcare workers, whom he thanked for their tireless efforts amid the coronavirus pandemic. During the broadcast, aired on the Hospital Broadcasting Association, Prince Charles chose a selection of his favourite tracks to play, one being hit song Don’t Rain on My Parade by the veteran singer and actress.

He used the opportunity to confess to crushing on the star, even going as far to admitting he once paid her a visit on set of the movie Funny Girl.

Now Barbra has responded to the royal romance buzz, confirming that the pair did in fact meet up.

She said during an interview on ITV’s Lorraine; “He asked to meet me. So he came to the recording studio.

“I offered him a sip of tea and I thought, ‘They didn’t have to test me for poison or something? No.'”

“We became friends, and I loved spending some time at Highgrove for a weekend fundraiser and going through his gardens.”

The young prince even sent the star a bunch of flowers, hand-picked from his Highgrove gardens.

She recalled; “I said [to my assistant], ‘Who sent me that?…and she said, ‘A fan called Charles.’ And I said, ‘Really? Let me see the note’ — and there was his seal.

“And they weren’t from a florist because they were from his gardens and it’s a different look.”

“It was so funny, I thought. That’s Prince Charles!”

WHERE DOES PRINCESS DIANA FIT IN?

Barbra Streisand could very well have been the first Jewish princess, but she did make a point to emphasise that her encounter with Prince Charles happened prior to him meeting Princess Diana.

“That was before he met Diana,” she stressed.

The actress crossed paths with the royal in 1974. Three years later he would go on to meet his future wife and mother of his children at a grouse shooting party in Althorp.

Interestingly enough, the 29-year old who then served as a lieutenant in the Royal Navy, dated Diana’s sister Lady Sarah McCorquodale.

Things didn’t quite hit off between the couple, but not long afterwards a then 16 year-old Diana changed made her way into the picture.

The rest, as they say, is history.

HOLLYWOOD INFATUATIONS WITH THE ROYALS

Barbra Streisand is not the only A-lister romantically linked to the royal family.

Princess Diana was also linked to a number of screen stars including John Travolta, Burt Reynolds and Bryan Adams.

Prince Harry followed in his father’s footsteps by crushing on a number of celebrities, including Ellie Goulding, Mollie King and Caroline Flack.