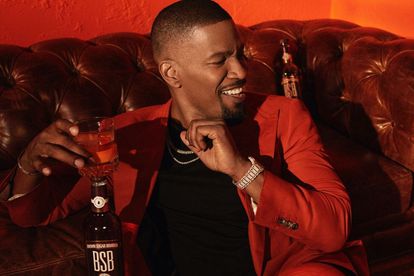 Bachelorette parties are typically filled with lots of booze and bad behaviour…and even the occasional male stripper. But a Hollywood actor — that’s even better!

A Miami bride-to-be was in for a treat when Hollywood heartthrob Jamie Foxx took over her hen party last week.

The 53-year-old star made an appearance at popular hotspot Kiki on the River, when he suddenly caught the attention of a group of ladies dressed as sailors.

Also read: The end of an error: What you need to know about the divorce party trend

20 BOTTLES OF BUBBLY FOR THE BRIDE

Pictures posted online show the star entertaining the group of blonde women who fawn over the screen star.

According to PageSix, Jamie Foxx and his crew also ordered the bridal party not one, but 20 bottles of a Dom Perignon,  brand of champagne that costs over $100 (R1500) per bottle. He also ordered a feast of food to their table, including oysters, grilled fish and chicken and, Greek salads .

To top the evening off, the hunky star ordered the ladies on the dancefloor when he took over the DJ booth.

Meanwhile, a US bride made headlines earlier this year after she ordered her bridal party to abide by 37 rules, in what she called a “bridesmaid contract”.

According to a post which went viral, the unnamed woman compiled a list of demands she expected her bridal party to adhere to, including funding a destination bachelorette party

The bride also forbade her bridesmaids from “gaining more than three kilos before” or “intentionally getting pregnant” before the big day.

Her entourage was also banned from “flirting with any male guests” and were strictly prohibited from wearing lipstick, coloured contact lenses, false eyelashes and hair dye on her wedding day.