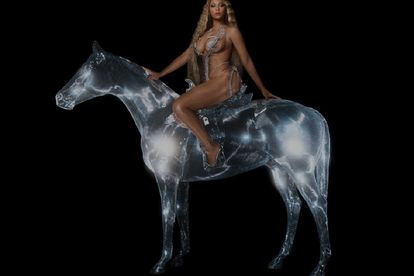 Right Said Fred said Beyonce – unlike Drake and Taylor Swift – is ‘arrogant’ for using their song on her ‘Renaissance’ album without asking. Image @beyonce/Instagram

Right Said Fred said Beyonce – unlike Drake and Taylor Swift – is ‘arrogant’ for using their song on her ‘Renaissance’ album without asking. Image @beyonce/Instagram

I’m Too Sexy hitmakers Right Said Fred have slammed musician Beyonce for not asking for their permission to sample their song on her chart-topping Renaissance album.

The brothers, whose real names are Fred and Richard Fairbrass, called out rapper Jay Z’s superstar wife at the 2022 Broadcast Music Inc (BMI) Awards held in London on Monday 3 October, The Sun reports.

Beyonce, 41, sampled the duo’s 1992 hit track I’m Too Sexy on her hit track Alien Superstar which has over 71 million streams on Spotify.

DRAKE AND TAYOLR SWIFT ASKED FOR PERMISSION, BUT BEYONCE DID NOT

While this isn’t the first time that their hit song is sampled, Right Said Fred said the multi-award-winning singer did not bother to ask for their permission as did Taylor Swift and Drake.

“Normally the artist approaches us but Beyoncé didn’t because she is such an arrogant person she just had probably thought ‘come and get me’ so we heard about it after the fact when you did. But everyone else, Drake and Taylor Swift, they came to us.”

In 2017, Taylor Swift used the track on her hit single Look What You Made Me Do. Meanwhile, Drake sampled the song on his 2021 hit Way 2 Sexy featuring Future and Young Thug.

ALSO READ: Beyonce’s ‘Break my soul’ bows at No. 1 on Billboard

“To use our melody they need our permission so they send us the demo and we approve it and if so we get a co-write credit. With this Beyoncé thing there are 22 writers it’s ridiculous so we would get about 40p.

“The reason that is happening we think is because there is so little money now in the actual sales people like friends, golfing partners, engineers, bookers and the guy who brings the coke, they all want a cut.”

The musicians also added that they feel it is best to let it go because Beyonce has more presence and power. According to various publications including Cosmopolitan, she is worth $500 million (R8.9 billion).

“You are going to get into a conversation with someone who has a lot more presence and power and money than we do. And that won’t go well. It’s best to let it go. If you’re not careful you spend your life looking back. We keep looking forward the whole time.”

This is not the first time that Beyonce’s latest album, Renaissance, has caused controversy. When it was released in July, Milkshake hitmaker Kelis took to Instagram to post a video of herself calling out Beyoncé for sampling her 1999 song, Get Along With You, also without asking for permission.

“She’s one issue because it was stupid and disrespectful and she should’ve at least reached out,” she explained.

In the video, Kelis also called out producer Pharrell who has credits on Renaissance.

“Pharrell knows better. This is a direct hit at me. He does this stuff all the time. It’s very petty.”