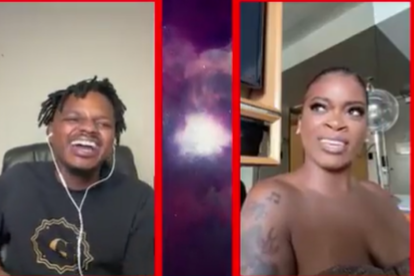 Ari Lennox says that she will never do an interview again. Image via Twitter: @MacG

Ari Lennox says that she will never do an interview again. Image via Twitter: @MacG

Controversial podcaster Macgyver “MacG” Mukwevho has certainly left a bitter taste in US musician Ari Lennox’s mouth after their recent interview. The Podcast and Chill host left both Ari and thousands of internet users with their jaws dropped after asking the Shea Butter singer who is “f*cking her good” right now.

Shortly after the interview, Ari tweeted how she is slowly losing interest in men. She also said that she would never do an interview again.

MacG’s interview with US singer Ari Lennox left many people with so many questions. One of those questions is, has he once again taken things too far for the sake of trending and stirring up things on the timeline?

After watching his interview with the star, many people certainly think so. For most of the interview, things go pretty smoothly.

It, however, took a shocking turn when MacG asked her who was “f*cking her good”. In the clip, the 30-year-old singer is visibly shocked and temporarily left speechless.

Noticing her dismay, MacG quickly tried to redeem himself by explaining that she had used those lyrics in one of her songs. Needless to say she was not impressed and soon headed online to express that she was quickly losing interest in men.

EWN also reports that the star tweeted that she would never again do an interview but deleted her tweet shortly after that.

Here’s what locals have to say about the situation

While many people lauded MacG for sticking to his usual interview tactics, others slammed him as disrespectful and crass.

“That MacG/Ari Lennox clip is disgusting. That isn’t how you interview someone, it’s wildly disrespectful and very inappropriate. People really have to stop being nasty for clicks. (You can search it if you don’t know what I’m talking about. I won’t be posting it)”

“I find nothing wrong with what @MacGUnleashed asked, people are too sensitive yet they want to know things, @AriLennox may have not expected it that way, but then it’s still within context. No offense was provoked, in an interview, there are twists and turns.”

ALSO READ: After a controversial 2021, ‘Podcast and Chill with MacG’ returns