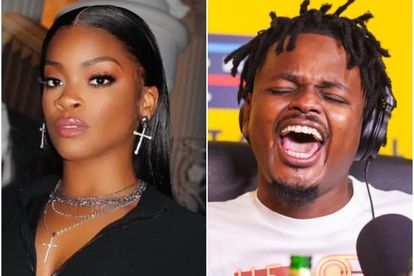 This after he referenced one of her lyrics about f***ing good”.

In a series of deleted tweets, Ari Lennox hit out against Mac G for his “distasteful and predatory question”.

She also slammed her own team and the Mac G podcast producers for not intervening on the awkward moment.

“I’m just like…why was I alone on a call full of people? Why didn’t anyone intervene? And why wasn’t parts of the interview destroyed like the team promised? Why did it happen to begin with?”

“I just feel slow and ambushed and blindsighted. Just because I happily and freely sing/write about sex don’t make any kind of creepy disrespect warranted. I clearly was in immense shock and hate that I didn’t react differently.”

“I’m tired of the narrative. Exhausted. I’m good I promise. But as for interviews I’m not doing them anymore. There’s enough lives and interviews out there already”

Ari Lennox also slammed Mac G fans who trolled her as “losers”, “b****”, “misogynistic weirdos” and a “worthless germ”.

“I wrote every lyric on my Shea Butter album you worthless germ! I was completely shocked and have never in my life been asked such a distasteful and predatory question. Regardless of what the hell I wrote. It doesn’t give you losers the right to justify the disrespect”

“No rebranding necessary you misogynistic bitch! I enjoy how I express myself in my music”

Surprisingly, in what seemed to be a change of heart, Ari Lennox insinuated that the controversial interview was “karma”.

The Whipped Cream hitmaker also acknowledged her past wrong doings, claiming she was filled with “regret”.

She tweeted: “I am problematic it’s all karma”.

“And when I said I felt like this was my karma. I’m aware I’ve said some incredibly insensitive and dumb ass shit in the past. No need to keep reminding me of the regret I feel every day”