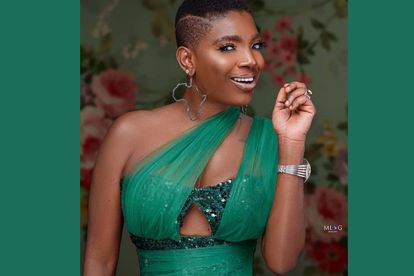 Nigerian media personality Annie Macaulay Idibia has voiced her thoughts on the scenes she claimed were cut out off Netflix’s Young, Famous and African – which premiered on 18 March.

ANNIE: ‘SO MANY GREAT SCENES WERE TAKEN OUT OF THE SHOW’

Annie expressed that Young, Famous and African looks as if she just came to Johannesburg to plan a wedding but she was working the whole time. The Nigerian model claims that there were so many scenes that showed how hard she worked while in South Africa but it was her marriage that took centre stage.

Annie is married to popular musician Tu Face Idibia, popularly known as 2Baba. The pair have two children together but 2Baba has five other children.

“So many great scenes were taken out of the show… like soooooo many! At the end of the day hmm, I didn’t go to SA for four months to plan a wedding. I went there for work! I was working my butt off every single day in Johannesburg,” she said according to The Standard.

“(I) was hosting a lot of gigs there too. Did a lot of shoot covers, radio/TV interviews. Most importantly to also start my household essentials cleaning company there in Johannesburg. Which will be launching here in Nigeria soon too,” she continued.

She expressed that she is grateful for the opportunity, regardless.

“I gave them the mother, I gave them the tasking career woman and entrepreneur and finally I gave them the wife. Told my story as genuine as I could. In all honesty, I gave my whole me to it. Sadly none of those scenes made it to the show, took out my work. The main role I play as a mother in my children’s lives and only put out my love in marriage. Regardless all in all I am happy about the opportunity,” she added.

THE MEDIA PERSONALITY SUBJECTED TO TROLLING

Annie was trolled on social media because of her marriage. The Nigerian media personality chose to stay with her husband while he cheated and Tweeps had their opinions on this. Take a look…

“Annie Idibia went out sad. You told us this show was about you leaving 2Baba shadow and then proceeded to make everything about 2Baba. There was no Annie, whoever that person is. Everything was centered around this man who violated your marriage,” tweeted @Lestiina.