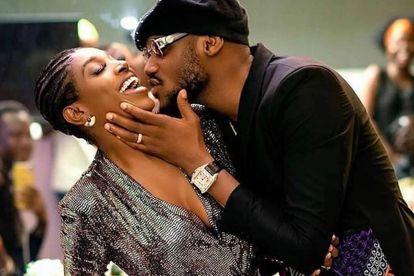 The bombshells and drama has been heating up since the first episode of Netflix’s Young, Famous and African which premiered on 18 March – Nigerian media personality Annie Idibia left viewers shocked with details of her marriage.

The series takes viewers on an inside look at the luxurious lives of some of continents famous A-list media personalities.

The first episode of the series set tongues wagging when Khanyi revealed that she told her 15-year-old daughter that she is allowed to lose her virginity “tomorrow.” That was a lot to take in for many but… there was more.

Annie and Andile did not approve of Khanyi’s parenting style and took their conversation somewhere private. Khanyi later joined the pair because they were guests at her event and she saw it fit.

The trio got into a deep conversation and Annie began to open up about her marriage to popular musician Tu Face Idibia, popularly known as 2Baba.

ALSO READ: Who is Khanyi Mbau’s daughter? Five things to know about Khanukani

ANNIE: ‘MY FIRST CHILD IS HIS FIFTH AND I MET HIM FIRST’

Annie then dropped the bombshell that she faced a lot of hurt and embarrassment throughout the years she had been in a relationship with 2Baba. She revealed that she was cheated on while with 2Baba, she was there before the fame and fortune but she was not the first to bare his children.

“When you meet someone and you know them first and then you wake up to two different people having babies for him. And then he has five kids with other women,” she said.

“My first child is his fifth and I met him before everybody. So, you know what that is?” she continued.

“You know how many humiliations and embarrassments? Damn and I was like how do you repeat the same mistake twice?” she added.

Annie went on to imply that even when they were engaged the cheating allegedly still took place – “story for another day” – she said.

ALSO READ: ‘From sugar baby to cougar’: Khanyi Mbau on dating for money