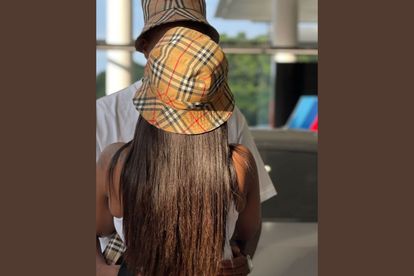 Royal AM chairperson Andile Mpisane has found himself in an alleged cheating scandal yet again.

Andile Mpisane sparked cheating rumours when his “baby mama” Sithelo Shozi went live on Instagram and a fake account trolled her. The fake account is rumoured to be the friend of Khanyi Cele who allegedly told Sithelo that if she didn’t drop her attitude they would “take” Andile.

Popular Instagram page The Popcorn Room shared a Direct Message from an Instagram user who explained this.

“It’s about Andile admin. Khanyi Cele’s friend commented and said your man, as in Andile, is the one that wants my friend and by your attitude she will just date (him),” read the DM.

When the DM was shared on Twitter, a Tweep confused Cele for Khanyi Mbau.

“Popcorn Room has tea for days ☹️😩 Haibo so Sithelo and Khanyi Cele are fighting over Andile Mpisane. I thought Khanyi was dating a Zimbabwean rich man not long ago she called herself a Zimbabwean Makoti and now,” the tweet read.

However, there is no evidence that Andile actually cheated on Sithelo this time but he was previously spotted with dancer Kamo Mphela.

TWEEPS: ‘HE LIKES THEM OLD’

Tweeps thought that Andile preferred older women because Sithelo is 27 years old while he is only 20 years old and a father of two.

What is the status of the Royal AM chairperson’s relationship with Sithelo? He gifted her a luxury BMW just two weeks ago. However, a source told City Press that the pair has been living apart.

“They bought her a Mercedes-Benz G-Class and told her to stay in the Pietermaritzburg family home, which is also their clubhouse. Andile sees her once in a while when she’s there with the team,” said a source to City Press.

“She was asked to leave their home in KwaMhlanga. She stays close by so that the family can have easy access to the child,” the source continued.