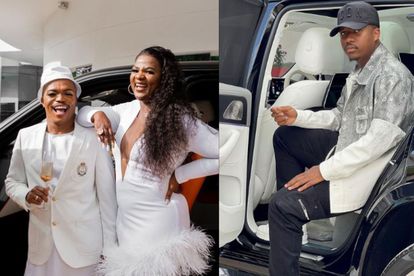 South African media personality Somizi Mhlongo joked about asking Royal AM owner Shauwn “MaMkhize” Mkhize’s son Andile Mpisane for a R5 million loan to pay off his tax debt on the latest episode of his reality show which aired on Showmax on Wednesday 21 June.

Somizi Mhlongo revealed that MamKhize was helping him with both his divorce settlement and tax debt on the latest episode of his reality show which aired on Wednesday 21 June.

“We were discussing how we need to fix my issue with the lawyers and SARS and stuff. She’s really helping me a lot in terms of my divorce settlement… or unsettlement rather,” he said.

Somizi then went on to say that the lawyers are expensive and asked MaMkhize for a loan. She joked about her son Andile Mpisane’s “allowance”. So, the Idols SA judge asked MaMkhize to give Andile R5 million to lend him.

“Are they not expensive?” he asks.

“No my friend, you’re working right?” she responds.

“My friend will pay it for me. Just pay a million,” he said.

“Just a small million. One million? You mean Andile’s allowance?” she joked.

“If Andile could ask you for R5 million, then tell him to give me some because your people are expensive,” he continued.

Sunday World reported that Somizi owed SARS R3.5 million in tax debt that was outstanding from 2014. The publication also claimed the media personality’s luxury furniture was being auctioned off to pay his debt. Some of the items reportedly auctioned off included – Samsung washing machine, Smeg dishwasher and more.

He asked MaMkhize for help because she has also had some trouble with the taxman. The Royal AM owner owned a whopping R65 million to SARS but her legal team was able to get the figure down to R16 million to settle the debt. This was in 2019.