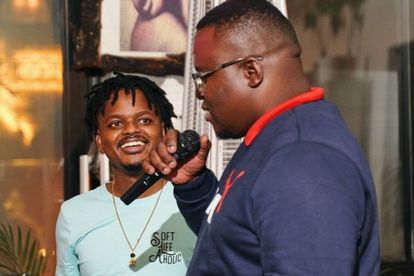 Amstel pulls their sponsorship from ‘Podcast And Chill’. Image via Instagram @podcastwithmacg.

Amstel pulls their sponsorship from ‘Podcast And Chill’. Image via Instagram @podcastwithmacg.

Amstel has withdrawn their Podcast And Chill sponsorship as of 1 December, after hosts MacGyver “Mac G” Mukwevho and Sol Phenduka made transphobic comments on the show.

Alcoholic beverage maker Amstel is the latest big brand to distance themselves from the controversial podcast, Podcast And Chill. Amstel states that they support inclusion without discrimination so they have decided to part ways with the post.

“The Amstel brand, locally and globally, is centred around friendship and inclusion of all people, regardless of gender, race or sexual orientation without discrimination, and we distance ourselves from any transphobic and homophobic views,” read the statement.

“We have officially parted ways with Podcast and Chill with MacG and will no longer be a partner as of December 1 2021,” the statement continued.

The transphobic comment made on the show is likely to be around actor Vuyo Dabula and Demi The Doll. Demi alleged that Vuyo cheated on his wife with her. Sol and MacG discussed Demi being transgender on the show.

“Shame man, that had to happen to Vuyo. An amazing guy. I saw him last week at Auckland Park. Yeah he likes riding beautiful transies,” said Sol.

“I saw a picture of the trans woman… she’s beautiful. I’m like she’s trans?,” said MacG.

“Why were you surprised that she’s trans? She’s beautiful,” said Sol.

“I mean she looks like a woman bro,” said MacG.

“She is a woman. A trans woman,” responded Sol.

Take a look at the clip…