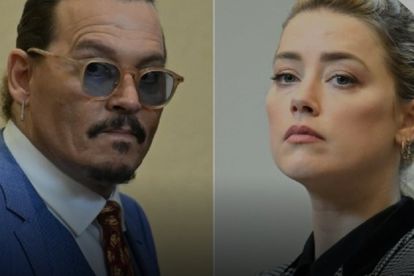 Despite their toxic and tumultuous marriage which led to the former Hollywood couple suing each other, Amber Heard has revealed that she still loves her ex-husband Johnny Depp.

The 36-year-old actress’ interview on NBC’s Today, which was pre-recorded on Thursday 9 June and is airing throughout this week, has set tongues wagging about the couple even after the verdict in the defamation trial.

In the second part of Heard’s tell-all interview with host Savannah Guthrie, she got candid about her feelings towards Depp, 59.

Once one of Hollywood’s favourite couples, Depp and Heard met on the sets of The Rum Diary in 2009 and began secretly dating in 2011. They eventually got engaged in 2014 and wed in 2015 in a very private ceremony on Depp’s private island in the Bahamas.

However, in 2016, Heard filed for divorce and alleged that Depp had physically abused her during their marriage under the influence of drugs or alcohol.

During her interview this week, Guthrie asked if, after everything, she “still has love” for the Pirates of the Caribbean star. Heard responded by saying, “Yes absolutely.”

“I love him (Johnny Depp). I loved him with all my heart. And I tried the best I could to make a deeply broken relationship work and I couldn’t.

“I have no bad feelings or ill will towards him at all. I know that might be hard to understand or it might be really easy to understand if you’ve just ever loved anyone… It should be easy,” she added.

‘JOHNNY WAS THE LOVE OF MY LIFE’

This is not the first time that the Aquaman actress has opened up about her love for Depp. While testifying in court during the six-week-long trial, Heard told the Virginia court that Depp “was the love of her life.”

At the time, Heard was recounting the heady early days of their relationship for the jury and the later instances of alleged physical abuse.

“He was the love of my life. But he was also this other thing. And that other thing was awful.”

ALSO READ: Amber Heard calls Johnny Depp ‘love of my life’ as she testifies in court