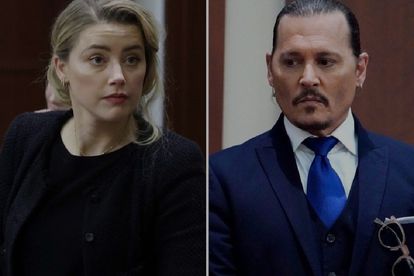 Amber Heard could get another lawsuit from Johnny Depp, expert says. Image via @yargilamag/Instagram

Amber Heard could get another lawsuit from Johnny Depp, expert says. Image via @yargilamag/Instagram

Hollywood actor Johnny Depp is not the only one who abused drugs during his marriage with actress Amber Heard, according to her private nurse, Erin Falati.

While the jury listened to Falati’s pre-recorded deposition at the defamation case between the two ex-lovers on Tuesday 3 May, her notes revealed the Aquaman actress admitted to taking mushrooms and MDMA (commonly known as ecstasy/molly) in April 2016 at Coachella.

The $100 million (R1.5 billion) case pitting the 58-year-old Depp against Heard, 35, centres on a column written by Heard and printed in The Washington Post in December 2018 in which she describes herself as a “public figure representing domestic abuse” who was pilloried online after her assault claims.

LEAVING COACHELLA ON A ‘HIGH’ NOTE

While Depp’s drug abuse has been put on blast throughout the case, nothing about Heard’s drug usage had been said until her personal nurse testified.

Depp’s lawyers took Falati through her notes from the time she worked with Heard, with one entry on 11 May 2016 as their main focus. According to The Insider, this was a little more than two weeks after the former couple had a major fight that resulted in their separation.

“Client admits to illicit drug use during the trip — ingested mushrooms and MDMA simultaneously and also consumed alcohol and said she was high for 24 hours straight,” Falati’s notes read.

The notes further revealed that the actress ingested these drugs with a “high-profile male acquaintance”.

“Client laughed and admitted to using mushrooms and MDMA May 9th, 2016, at home with a high-profile acquaintance. Client reported that her husband was not aware of the male visitor or her illicit drug use.”

WHO IS THE ‘HIGH-PROFILE MALE’ HEARD WAS WITH?

It was not revealed who the “high-profile male acquaintance” in question is, although some publications have made speculations.

According to The Daily Wire, security footage dated 22 May 2016 shows actor James Franco and Heard cosying up and having what Heard called a “discreet” conversation in the private elevator.

Other outlets have alleged that the high-profile man could be billionaire and Twitter owner Elon Musk. This is because in 2019 when Depp accused Heard of cheating on him one month into their marriage, a rep for Musk disputed that.

“Elon and Amber didn’t start seeing each other until May 2016, and even then it was infrequent. Their relationship didn’t become romantic until some time later.”