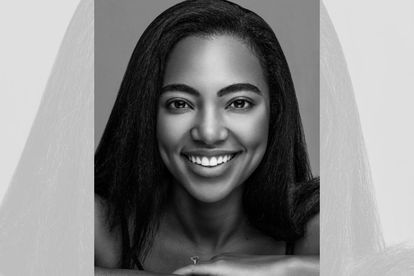 Amanda du Pont has given the public insight into her rollercoaster romance with ex-boyfriend Jub Jub.

In a sworn statement to the court, the actress and media personality has detailed years of alleged rape, abuse and even the use of muti by the former Uyajola 9/9 presenter.

She also claims she aborted their unborn baby and attempted suicide twice.

In her affidavit tweeted by journalist Eusebius McKaiser, Amanda du Pont reveals she began dating Jub Jub when she was an 18-year-old drama student and he was a 26-year-old up-and-coming musician.

She wrote: “I expressly told him how I was a virgin and wanted to remain a virgin until I was married. He said he accepted this, but later that year, at my home, he used physical force to overcome my resistance and he violently raped me while I cried. Among other physical and emotional abuse, Molemo raped me frequently over the next two years”.

She added: “During that period, I twice attempted suicide. I had an abortion after I became pregnant as a result of a rape by Molemo”.

‘MOLEMO TRIED TO MURDER ME‘

She continued: “One day in 2008, Molemo attempted to murder me by pinning me to the bed and strangling me with his hands. I managed to kick him off and escape”.

Amanda claims she was unfortunately unsuccessful in reporting the incident to the police.

She added: “I rushed to the Mondeor police station to report attempted murder and serial rape. The female officer on duty refused to take my statement, saying she was sick and tired of women opening cases against their husbands and boyfriends, only to change their minds and bail them out later. I tried to plead with her that my life was in danger but still she refused to take my statement.”

Amanda du Pont also reveals that long after she left Jub Jub and following his release from prison in 2017 over charges of culpable homicide (originally murder), he made contact with her.

“He contacted me through an intermediary, saying he wanted to apologise for what he did to me. I met with him and asked him if he knew or acknowledged that he had raped me. He said yes. I asked why he raped me and all he could say was that he was so sorry”.