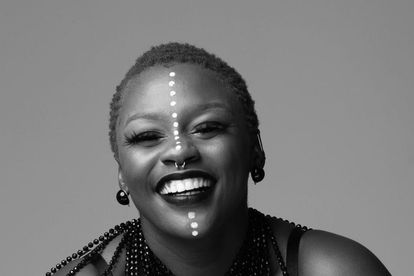 Social media has been flooded with videos of South Africa’s top politicians rallying for their parties ahead of the municipal elections on Monday 1 November. Some political parties have even roped in the assistance of Mzansi’s top celebs to attract supporters.

ALSO READ: ANC VS EFF: Which political party has the hottest celebs behind them?

The Kahle hitmaker sent a stern message to Economic Freedom Fighters (EFF) MP Mbuyiseni Ndlozi, asking him to help the country fight against another lockdown after claims that a fourth wave may be looming.

Her message was in response to a video of hundreds of EFF supporters gathering at the Nelson Mandela University in Gqeberha in support of the party on 27 October. Worryingly, very few of the supporters were wearing masks.

“Vaccine passports and mandates because numbers are down, peoples livelihoods still in the red.

“Clearly there are no longer fears of covid spreading anymore,” wrote the songstress.

‘THEY DON’T SEEM TO BE WORRIED ABOUT SPREADING COVID’

“They say a fourth wave is looming when numbers are down. Rallies are full, people’s livelihoods are still in the red.They are promoting and enforcing vaccine mandates and passports. As seen below, they don’t seem to be worried about the spreading of COVID during elections,” wrote the singer-songwriter.

“Hopefully we won’t be lockdown this festive season. And COVID will be over without people loosing any more of their lives, loved ones, livelihoods, and peace of mind.”

MZANSI NOT CONVINCED ABOUT LEVEL 1 SAFETY

When South Africa hit Level 1 on Thursday 30 September, many South Africans raised their eyebrows. Speculation has been rife that the country was moved to Level 1 so politicians could campaign for their political parties.

Reacting to the news, Queen Sono actress and TV presenter Pearl Thusi wrote: “Weird how we’re at level 1 and they’re being nice just before voting time… Or am I reading too much into it?”

Another tweep wrote: “Level 1 has absolutely nothing to do w COVID, they just want to campaign and do their thing in peace”