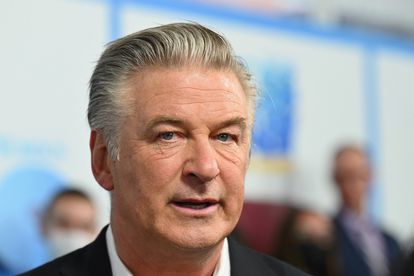 Baldwin took to social media to say that he is fully cooperating with the police investigation after the incident took place while on set for the film Rust in New Mexico.

“There are no words to convey my shock and sadness regarding the tragic accident that took the life of Halyna Hutchins, a wife, mother and deeply admired colleague of ours,” Baldwin wrote. “I’m fully cooperating with the police investigation to address how this tragedy occurred and I am in touch with her husband, offering my support to him and his family.”

Baldwin said that his heart is broken for her husband, their son, and all who knew and loved Halyna.

According to ET Online, Baldwin’s statement comes shortly after his brother, Stephen Baldwin, also took to Instagram to address the fatal incident.

“Asking for your prayers tonight friends not much can be said other than please pray for all involved in the wake of this tragic accident thank you,” the younger Baldwin wrote.

The South African previously reported that filming has been halted on the film Rust and authorities have since confirmed that Baldwin was in control of the gun at the time of the incident. They also confirmed that the investigation remains “open and active”, and that “no charges have been filed in regard to the incident”.

While the investigation remains “open and active”, tributes have poured in for cinematographer Halyna Hutchins.

It is said that Rust began filming two weeks ago on 6 October in Santa Fe, New Mexico and had been due to continue until the end of November. Baldwin had been cast as Old West outlaw Harland Rust, who goes on the run with his 13-year-old grandson after the latter is sentenced to death for an unintentional murder.