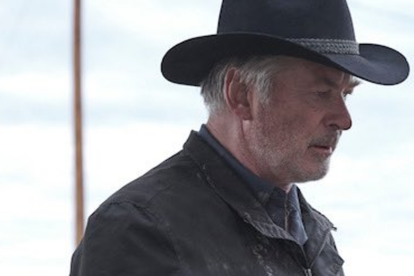 US actor Alec Baldwin may very well face criminal charges for shooting and killing cinematographer Halyna Hutchins while on the set of Rust.

According to reports, the accident occurred a short while after crew members used the gun to go “plinking” or shooting at cans as target practice.

Jail time on the cards for Alec Baldwin?

According to various reports, Baldwin believed the gun was a prop and had not expected it to shoot when he pointed it at one of the cameras on set while doing a rehearsal.

Daily Mail now reports that Santa Fe County District Attorney Mary Carmack-Altwies insists that criminal charges are definitely on the table even though Baldwin said in a statement that he was told the gun was an unloaded prop or what is known as a “cold gun” in the movie industry.

Speaking to The Wrap, an anonymous source revealed that crew members had taken the guns out a few hours before the accident to do some “plinking”.

According to the source, the crew members, including Baldwin, were doing target practice by shooting at beer cans.

The source also revealed that the guns were taken out without the director and first director’s knowledge by crew members who forgot to unload the firearm in question before it was taken back on set.

According to a search warrant executed by the Santa Fe County Sheriff’s office last week, the film’s rookie armorer, Hannah Guttierez-Reed, was the last person to handle the gun, leaving it along with the two other revolvers unattended on the cart in the early hours of 21 October.

Rust Movie Productions issued a statement regarding the accident in which they said that they were cooperating with Santa Fe authorities during the investigation while also adding that the safety of the cast and crew was of utmost importance to them.

They also said that there were no complaints of weapon or prop safety on the set prior to the accident. One of the actors in the movie has however revealed that he did not feel safe with the large number of guns that were used during one of his scenes.

“I actually did feel the blanks hitting my face and my body. I could feel the wind from the shotgun being discharged,” the actor said. “It was heavy. It was strong … It was life-threatening. It felt too surreal.”