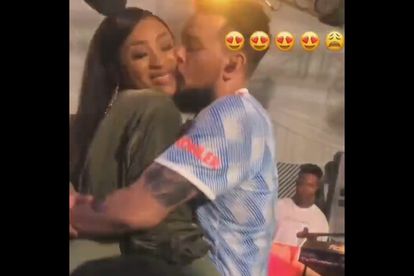 South African rapper Kiernan Jarryd Forbes, popularly known as AKA, and his rumoured girlfriend Nadia Nakai were seen smitten during a performance in a video shared to Twitter on 21 March but Tweeps can’t seem to let his ex-fiancée Nelli Tembe go.

AKA & NADIA NAKAI RELATIONSHIP IS HEATING UP

Rappers AKA and Nadia Nakai have been rumoured to be dating for some time now. The pair were rumoured to have gone on a “baecation” in December 2021 and were spotted out together in January.

AKA then confirmed the rumours by dropping a heart eyes emoji under Nadia’s picture.

The pair then sent shock waves in March this year when he posted a video with Nadia on his lap as they shared a kiss. AKA and Nadia have now been seen smitten during a performance. Take a look…

TWEEPS: ‘NELLI IS SPINNING IN HER GRAVE’

Twitter users have not let go of AKA’s fiancee Nelli. Nelli plunged to her death from the tenth floor of the Pepperclub Hotel in Cape Town on 11 April. This was while she was on vacation with the Fela in Versace hitmaker.

Tweeps think it is too soon for AKA to move on. Take a look…

“Nelli (is) spinning in her grave,” commented @PlantFather2.

“I wonder how this would make me feel if I was Nelly’s parents and I saw this. This would shatter me 🥺,” commented @Yowlee_T.

“I was thinking the same shame man, their daughter not even gone for a year , and this happens,” commented @Lee05007435.

“This is not real love Nadia is being used it will end in tears,” commented @mfekamondli.