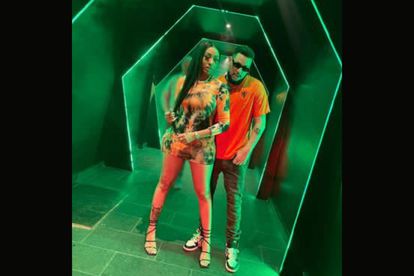 South African rapper Kiernan Jarryd Forbes, popularly known as AKA, denied allegations that he assaulted his girlfriend, rapper Nadia Nakai and he is suing Daily Sun for R800 000.

AKA ACCUSED OF ASSAULTING NADIA

AKA and Nadia Nakai kicked off their Easter weekend with a date night in Accra, Ghana but there seemed to be trouble in paradise. Gossip page Maphepha Ndaba posted screenshots of AKA and Nadia Nakai both unfollowing each other on Instagram.

So, the Fela in Versace hitmaker and Nadia began trending on Twitter as Tweeps weighed in, trying to figure out what happened. Daily Sun then ran a story claiming AKA “moered” Nadia in front of her friends.

“He allegedly assaulted her at the venue in full view of people. He allegedly did it again at the hotel and everything got heated. When he arrived at the hotel, he went into a room where she was chilling with other people and allegedly attacked the promoter who had booked them,” the source claimed according to the publication.

“(AKA) allegedly punched him several times and then went back to Nadia. He had to be restrained and once calm, he broke down and cried,” the source continued.

THE RAPPERS ARE SUING DAILY SUN

AKA and Nadia are both suing Daily Sun following the explosive story. The pair have accused the publication of publishing a “false, malicious, and defamatory article.”

The lawyer’s letter, which was posted on the rapper’s Twitter account, is addressed to Daily Sun and the editor of the publication Quincy Mahlangu. The pair accused the source cited of offering hearsey.

“We hereby place on record that our clients have no knowledge of false and defamatory allegations raised in your article. Our clients also issued a joint statement which was prepared by their legal team which you also quote parts of in your article,” reads the letter.

The pair are demanding a retraction of the article and a public apology. They said that they will also “proceed with a civil claim for damages in the amount of R800K against yourselves.”