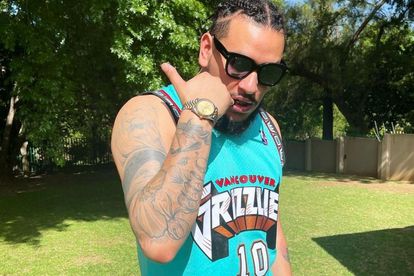 AKA reveals he has been diagnosed with clinical depression. Image via Insatgram @akaworldwide.

AKA reveals he has been diagnosed with clinical depression. Image via Insatgram @akaworldwide.

South African rapper Kiernan Jarryd Forbes, popularly known by his stage name AKA, revealed that he was diagnosed with clinical depression, via an Instagram story on Saturday 27 November.

AKA WAS DIAGNOSED WITH ‘CLINICAL DEPRESSION’

AKA admitted to being diagnosed with clinical depression a few months ago via a thread of Instagram stories on Saturday 27 November. He also shared a picture of the antidepressant  he has been put on — Wellbutrin XL.

“I was diagnosed with clinical depression many many months ago,” he wrote in an Instagram story.

The Fela In Versace hitmaker said that he couldn’t handle the antidepressant because it numbed his pain but his job requires him to feel.

“Couldn’t handle them. They made me feel like I couldn’t feel anything so I got off them. Plus my whole job is to feel,” he continued.

“To anybody reading this, just hang in there. Trust me,” he added.

IS THIS LINKED TO NELLI TEMBE’S DEATH?

AKA went through the trauma of losing his fiancee in April this year. The rapper had just paid lobola for his wife-to-be Anele “Nelli” Tembe when she passed away. Nelli plunged to her death from the tenth floor of the Pepperclub Hotel in Cape Town on 11 April.

AKA had to seek grief counseling following the death of Nelli in a statement.

“He lost the love of his life, someone he had taken advanced steps, culturally, to spend the rest of his life with. The love and support of Anele’s family and a grief counsellor have also been some relief to him,” said AKA’s publicist Pumza Nohashe to Tshisa LIVE.

AKA took some time off from social media and work to mourn the death of Nelli. The rapper released a song titled Tears Run Dry where he expressed how much he misses her.

“I saw you in my dreams. Maybe that’s why I’m so terrified to go to sleep. Not because I don’t wanna link up with you again. But because when I wake up reality just deep. Check my phone, I reach I can see usual routine,” rapped AKA.

“Damn, we had so many plans mfana kithi. And I call you that ’cause you my bestie not my b****. When I go to bed who gon’ remind me brush your teeth? Moisturiser on your skin so you look good on the screen,” he continued.

This is likely to be the reason behind AKA’s depression. However, he did not confirm the source of his mental health issues.