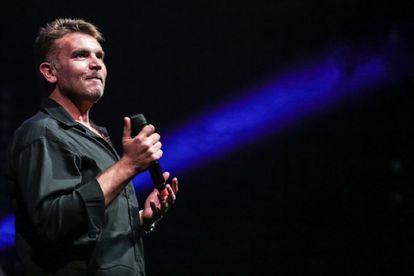 Tributes have been pouring for the Afrikaans singer, Theuns Jordaan, who was, according to his peers, a “monument for Afrikaans music”.

His death came as a shock after it was confirmed that he passed away on 17 November after a short battle with acute myeloid leukaemia at the age of 50.

The Afrikaans singer, Juanita du Plessis – who was great friends with Theuns and who worked with him on various projects such as the song Bring jou Hart, said that her heart is broken.

“He was like a brother to me, and one of my best friends. A true gentleman who always treated me with the utmost respect,” the singer said on Facebook. “He always had a joke ready, was willing to help and stood for justice and honesty. He was a phenomenal “monument” for Afrikaans music and his music and voice will live on in our hearts and homes.”

Afrikaans is Groot shared a tribute video featuring some of Theuns’ greatest hits such as Oseane Rus Kry and By Jou.

“We are sincerely grateful for all the special moments with Theuns, which we will remember and cherish forever,” the group said.

The tribute video states that Theuns became a household name in the Afrikaans community in 2000.

The South African musician, Bok van Blerk, said that it was a difficult night to get on the stage.

“Every word I sang was hurtful…My words are few and my heart heavy”.

Steve Hofmeyer also shared a video in tribute to Theuns, saying that it is a sad day indeed.

Meanwhile, Steve’s son, the musician Armand Hofmeyr said: “Theuns my old friend, I learned a lot from you. Most of my writing work is based on what you taught me”.

The musician, Appel, also said that his death leaves a big void and that nobody will be able to fill his shoes.

Radio personality Barney Simon, the DA and some of his fans also shared their condolences: