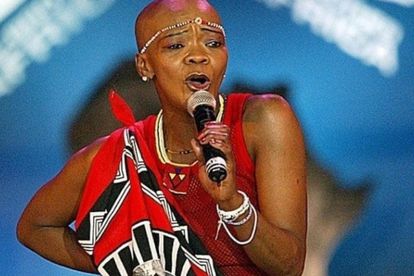 Brenda Fassie gave South Africa timeless hits before her passing and became one of South Africa’s most influential musicians. To honour her legacy, her son Bongani is set to remix some of her classics, giving them an amapiano twist.

Brenda Fassie passed away at the age of 39 in April 2004 after spending two weeks in a coma.

Speaking to City Press, Bongani shared that the idea for the concept came from his partner Buhle Sangweni. She said she had a dream about Brenda and later pitched the idea to Bongani.

“I had a dream in which she was talking to me and she was pulling my hair and she said to me, ‘camagu!’. I didn’t understand what that message meant when she said it and a few weeks later I got sick.”

Bongani also mentioned that he had received phone calls from people in Tanzania, Ghana and other countries to let him know some restauranteurs have named their establishments after his mother.

Some asked why he doesn’t rerelease her music.

Bongani hand-picked a few major amapiano artists to help him with the project. He’ll be working with Focalistic, Lady Du, Mr JazziQ and Mpura to assist with the remakes of the music.

“Our angle is to get five famous ampaiano artists and give them one song they like. What they do is a remake of that song, featuring Bongani.”

Bongani has his eyes set on releasing a compilation album but partner Buhle Sangweni says the release of the album is on hold due to the conclusion of a legal matter.

‘I HAVE BEEN QUIET FOR TOO LONG’

Bongani shared that it was important for him to continue telling his mother’s story.

“I started with the reality TV show [Finding Bongani]. Now it’s time to move up a notch and speak for her. And part of this is through the music she was given the people and open parts of her life through social media.”

He further mentioned he was in a dark space, fell into depression, and was unable to take action about his mother’s legacy.

“I had reached emotional rock bottom and could not really find reasons to keep going.. I had to undergo rehabilitation and that’s when I started to pick myself up.”

ALSO READ: Brenda Fassie: ‘Who switched off the life support?’